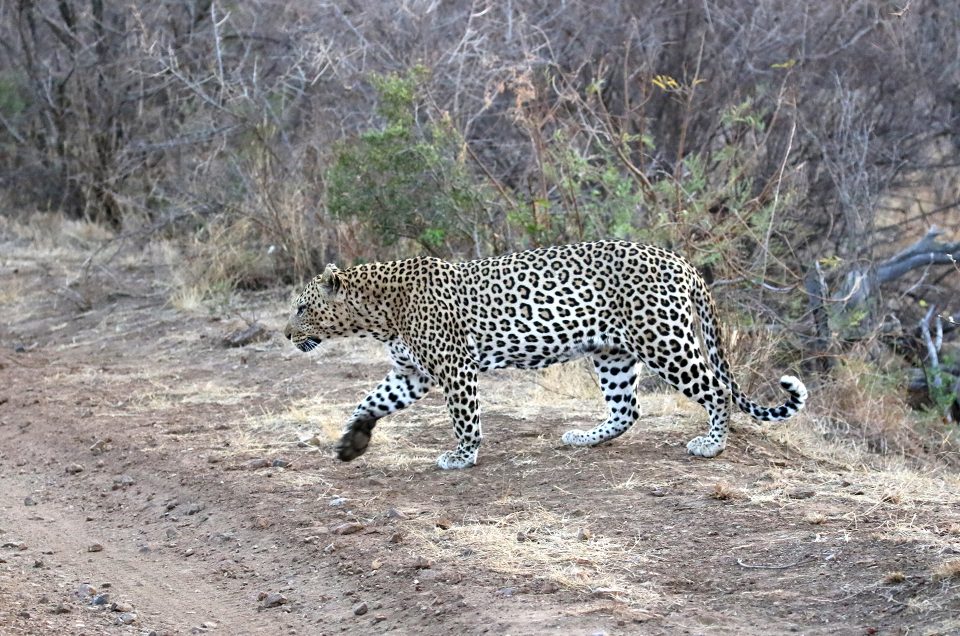 South Africa is the land of great national parks and nature reserves that protect a large population of wild animals, taking a safari in South Africa is an incredible experience.

Among the most interesting reserves of South Africa, the Madikwe Game Reserve certainly plays a leading role, an incredibly beautiful and wild place where it is possible to admire numerous animal species.

We visited the Madikwe Game Reserve while staying at the Rockfig Lodge and with their highly trained guides we did some very high level photographic safaris.

The 750 square kilometer territory of the reserve was formerly used as agricultural land but the poor soil only allowed for mostly unsuccessful agriculture.

Then the South African government decided to change the intended use of these lands, restoring them to their original appearance and to establish a protected wildlife area in this place.

The benefits of this change were mainly two: the recovery of an area, which was destined for wild flora and fauna, and the economic benefit for the local communities who found employment both in the management of the reserve and in the various lodges present.

The Madikwe Reserve is a 750 square kilometer protected nature reserve, located in the Northwestern Province of South Africa, bordering Botswana.

The Madikwe Reserve contains within it a variety of ecosystems, moreover its position, in a transition zone between the Kalahari and the Lowveld, allows the presence of animal and plant species that live in both areas.

The Madikwe Game Reserve is made up of vast savannah plains, open woods, grasslands, the rugged Rant van Tweedepoort and is bordered to the south by the Dwarsberg Mountains; the area is dotted with huge rocky hills or inselbergs.

Rant van Tweedepoort is a range of hills spanning the northwestern province with an estimated land elevation of 1 163 meters above sea level, while the Dwarsberg mountain range marks the southern boundary of the Madikwe Game Reserve, from east to west.

Madikwe Game Reserve is located at a fairly high altitude and in a region with a very dry climate which makes it a malaria free destination.

350 bird species have been recorded in the Madikwe reserve, many of which are endemic to the arid Kalahari Desert and the lush Lowveld region; this feature makes Madikwe Game Reserve a hugely popular destination for birdwatchers and for enthusiasts looking for species from both regions.

The reserve is not open to day visitors, so the only way to visit it is to stay at one of the lodges present; this careful choice by the Madikwe management means that there is less crowding, in this way guests can live a more intimate experience while respecting the tranquility of the animals.

Just to respect the animals and not to stress them, the reserve allows only three cars to be present at a sighting at the same time.

The Rockfig Lodge in the Madikwe Game Reserve

During our recent visit to the Madikwe Reserve we stayed at the Rockfig Luxury Safari Lodge, a gem of tranquility and hospitality in a contemporary setting that offers maximum comfort and hospitality.

Rockfig Lodge is located in the hills of the western sector of the Madikwe Reserve and its villas enjoy splendid views of the plains below.

The private villas available to guests are carefully decorated in a contemporary style and are characterized by discreet luxury.

The villas are of various sizes but all have large bedrooms with private bathroom and outdoor shower, a comfortable lounge, a perfectly furnished kitchen equipped with all the tools for cooking.

The external part of the villas consists of a very large area that leaves you speechless: a large raised terrace with comfortable sofas, an area dedicated to relaxation with comfortable loungers, a large dining table and a private swimming pool; the terrace overlooks a large garden where there is also a space for the fire on the ground and an area dedicated to braai, or barbecue.

The privacy of the villas is guaranteed and the feeling you get is that of being immersed in nature away from everything and everyone, a real detox!

The common areas are treated in detail and the cuisine of the restaurant is superb with delicious dishes and excellent desserts.

Obviously, 4×4 safaris are the main activity and are carried out in the morning and in the afternoon.

The Rockfig Lodge safari guides are very skilled and prepared and, in addition to recognizing the signs of nature to find animals, they provide guests with a lot of information and curiosities about the behavior of the animals and the vegetation of the Madikwe Reserve.

Sightings in the Madikwe Game Reserve with the Rockfig Lodge safari guides are always spectacular and often happens to be the only car that is lucky enough to observe exciting and unique scenes.

The vehicles used for the safaris are open 4×4 cars that guarantee maximum visibility; moreover the guides always look for the best positioning to allow you to take excellent photographs with the right light, always taking into account the conformation of the terrain and the habits and movements of the animals.

The History of the Madikwe Game Reserve: from agricultural area to nature reserve

Madikwe Game Reserve is a 750 square kilometer protected nature reserve, located in the Northwestern Province of South Africa, on the border with Botswana; the name of the reserve derives from the Madikwe river which is found in these places.

But in the more recent past there was no nature reserve in these lands, this area had been transformed, over the centuries, into an area dedicated to agriculture and pastoralism.

The decision to create the reserve in this land was made for socio-economic reasons; in fact, inadequate agricultural practices, combined with the arid climate and degraded soil had made the area almost completely unsuitable for livestock or agriculture.

The South African government understood that ecotourism would bring more value to the community than agriculture; then the reconversion of the territory into a wildlife reserve was approved.

At this point, an incredible and very demanding work began to restore the area to its primitive appearance; the main activities to be undertaken were three:
• eradicate all alien flora species and reintroduce native species;
• eliminate human settlements and relocate people outside the territory;
• reintroduce different species of wildlife.

This reconversion process began with the gradual restoration of soil and plant life, but it also entailed the gradual reintroduction of most of the animal species that can now be observed in the Madikwe Reserve.

The relocation of wildlife to the reserve began in 1991 with a feat known colloquially as Operation Phoenix.

Over the next seven years, nearly 10,000 animals, from antelope to predators, from rhinos to elephants, were relocated to the Madikwe Game Reserve area, in what was at the time the largest wildlife relocation project ever.
The ownership and management of Madikwe Game Reserve today is a partnership between three major players: North West Parks and Tourism Board, the private sector and local communities.

The result is an excellent conservation model that has worked for the benefit not only of wildlife but also of local communities and which has created a premier safari destination in South Africa.