There is something about safari life that makes you forget all your sorrows and feel as if you had drunk half a bottle of champagne, bubbling over with heartfelt gratitude for being alive.
Karen Blixen

Kenya is an East African state facing the Indian Ocean; it is a particularly famous destination for nature safaris.

Kenya boasts beautiful national parks and nature reserves that host many species of animals and plants and that allow you to make exciting and unforgettable safaris, it also has numerous locations on the ocean coast, with long white beaches and a wonderful sea, where you can relax after a safari or practice numerous water activities.

The Masai Mara National Reserve is one of Kenya’s most famous natural areas; it borders the Serengeti National Park in Tanzania with which it shares the territories affected by the Great Migration of wildebeests and zebras.

The Great Migration arrives in Kenya and the Masai Mara reserve in July and leaves these lands in October; the crossing of the Mara River by the large herds of wildebeests and zebras gives incredible and indescribable emotions, also it is possible to watch bloody scenes in which the crocodiles and predators, lurking, wait for the right moment to catch an often easy prey.

See the map of the Great Migration in Kenya and Tanzania for more details.

The Amboseli National Park has a reduced extension but is spectacular thanks to the natural panoramas, in particular the view on Mount Kilimanjaro, it also hosts some of the most beautiful elephants in Africa, here in fact you can meet some huge and beautiful Big Tuskers with the their long fangs that reach down to the ground.

The Tsavo National Park, divided between Tsavo East and Tsavo West, represents the largest protected area in Kenya and has an incredible biodiversity; it is famous not only for the numerous species of animals that live there and the enchanting landscapes, but for the large herds of elephants that are called the red elephants of Tsavo, because of the red earth with which they love to cover themselves.

Other national parks and reserves in Kenya that are definitely worth a visit are the Samburu National Reserve, the Lake Nakuru National Park, Lake Naivasha and the nearby Hell’s Gate National Park.

Not to be forgotten is the Aberdare National Park, not far from Mount Kenya, where Princess Elizabeth of England became Queen Elizabeth II, it was in fact while visiting this corner of Kenya that her father died and left her the throne of England .

In Kenya there are also numerous conservancies and private reserves that play an important role in the defense of the most endangered animals such as rhinos; you can visit many of these reserves that offer a unique safari experience.

Nairobi, the capital of Kenya, is a modern metropolis with the typical contrasts of rapidly developing cities; but Nairobi has a particularity that makes it unique, in fact it is the only city in the world that hosts in its territory a national park, the Nairobi National Park, where you can spot lions, giraffes, buffaloes and rhinos, both black and white, with the city skyscrapers in the background.

There are a few must-see destinations in Nairobi: the Giraffe Center, the Rothschild’s Giraffe Conservation Center, where you can admire these beautiful animals up close and experience an interaction with these giants, and The David Sheldrick Wildlife Trust, a sanctuary and orphanage that houses the elephants that, for some reason, remained without their mother and without the protection of the herd.

But Kenya is not only safari, the white beaches of Diani, Watamu and Malindi and the islands of the Indian Ocean such as Lamu are the ideal destination for a relaxing holiday and for practicing fascinating blue safaris, where you can dive or snorkel in crystal clear waters.

In Kenya there are also interesting traditional populations such as the Masai, the Samburu, the Turkana who wear their colorful and numerous beaded necklaces and live in villages with huts still built as they did centuries ago. 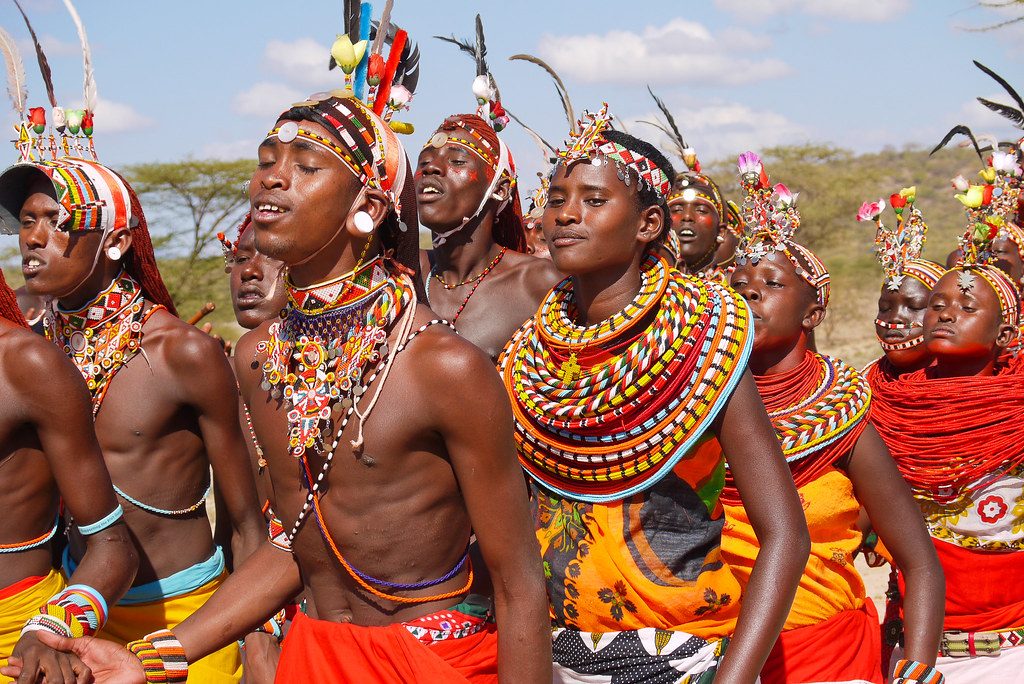 When to go in Kenya

The best time for photo safaris is the dry season, from June to October, in these months the vegetation is less luxuriant and the animals are concentrated near the sources of water; while the period from November to April is the best time for birdwatching, in these months, in addition to indigenous species, there are also many species of birds that migrate here from the Northern hemisphere.

The herds of the Great Migration are present in the Masai Mara National Reserve from July to October, these are the best months to admire this natural spectacle.

To know the position of the herds month by month you can consult the map of the Great Migration.

Kenya’s time zone is two hours ahead of Italy, but when daylight saving time is in Italy, the difference is only one hour.

Antimalarial prophylaxis is not mandatory but advised, especially during the rainy seasons, vaccination against Yellow Fever is not mandatory to visit the country, it is instead mandatory if you come from countries where yellow fever is endemic or if you continue the travel to countries that require it.

To enter Kenya you need to have a passport with a validity of at least 6 months from the departure date and with at least one blank page, in addition you need a visa that can be obtained at all airports upon arrival or online.

The currency of Kenya is the Kenyan shilling, but in many shops both dollars and euros are widely accepted; credit cards are also widely used and accepted in almost the whole country.

The official languages ​​are Kiswahili and English. 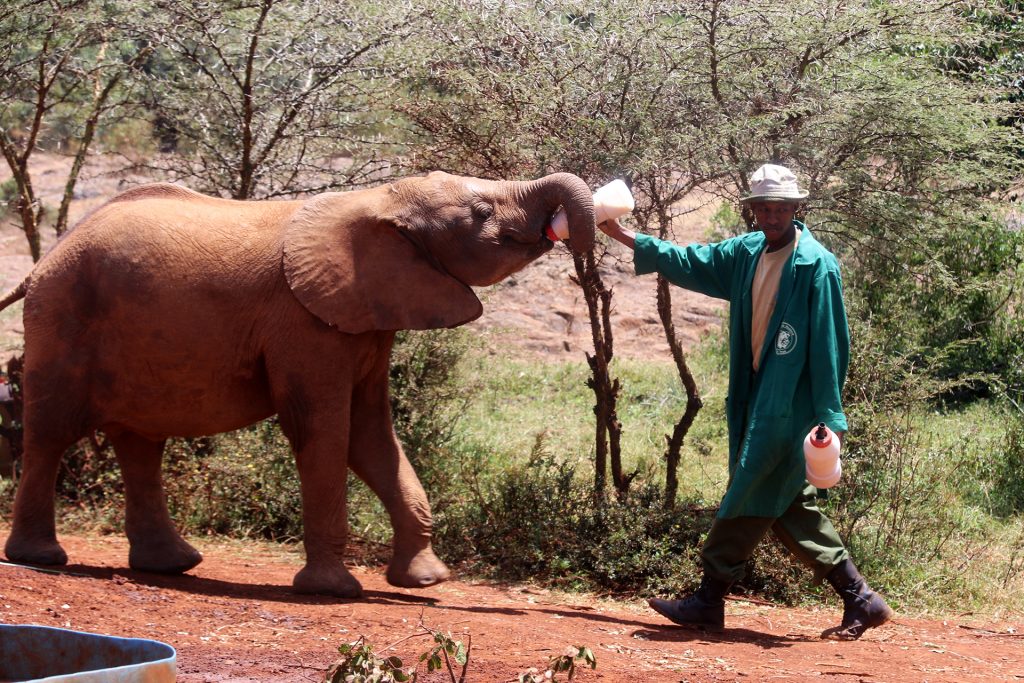 A 9-day itinerary, partly away from the country's classic tourist routes, that will allow you to grasp the true essence of Kenya, an unusual journey that will excite you! Some places in Kenya are still authentic, …

This 6-day itinerary in Kenya takes you to discover the Masai Mara National Reserve, one of the most iconic protected areas in Africa, the Amboseli National Park and Nairobi, the capital of Kenya. Kenya still has …

A 5-day safari in the magic of the savannah of Kenya that combines exciting sightings with maximum contact with nature, thanks to a private tented camp that can accommodate up to 6 guests. The mobile tented … 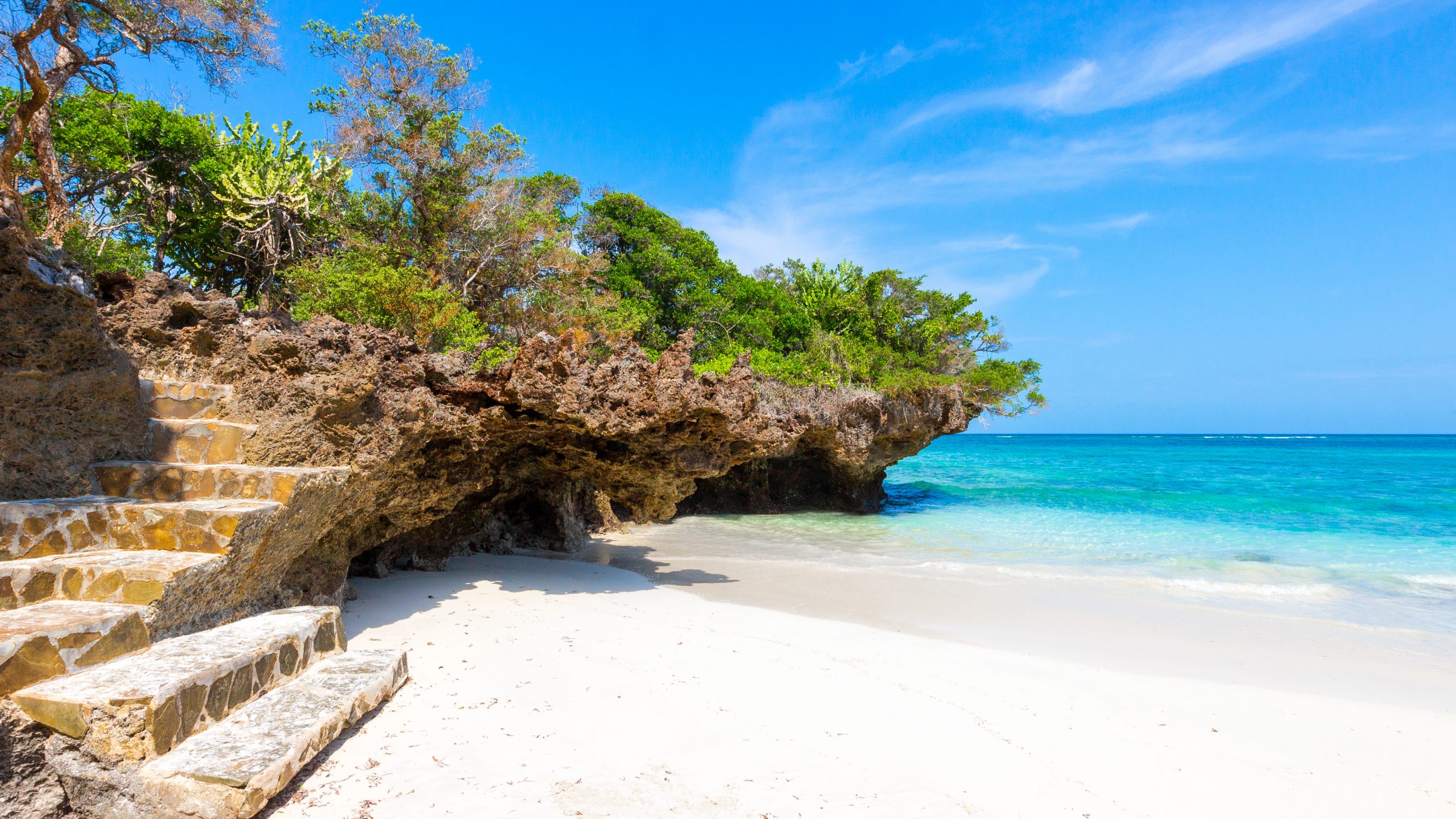 Not far from the coast of Kenya, in the splendid waters of the Indian Ocean, there is a paradise of luxury and relaxation, it is the Isle of Chale. The resort on the island of Chale …