Nicaragua: the land of volcanoes

Nicaragua is the largest of the Central American nations, but it is also the most sparsely populated, and is a mosaic of culture, geography and landscape.

Nicaragua has the largest primary-growth rainforest area north of the Amazon, six active volcanoes, and 550 miles of coastline dotted with sandy beaches and charming surfing towns.

There are also ancient ruins left in Nicaragua and quaint colonial towns, such as Granada and Leon, with their pastel-painted churches and vibrant local festivals.

The country known as the “land of lakes and volcanoes” is mainly divided into three regions: the north-central mountains, the Pacific coast and the Caribbean coast.

Major tourist destinations such as Lake Nicaragua, Grenada and San Juan del Sur are clustered along the coast.

The Mosquito Coast is the nickname for the Caribbean side of the isthmus, so named for the indigenous tribe native to the area and not for the pesky insect.

The seaside town of Bluefields is the gateway to the fascinating Corn Islands and Pearl Keys, filled with delicious Creole cuisine, crystal blue lagoons and stunning white sand beaches.

Nicaragua is undoubtedly a destination for those who want to try their hand at numerous activities.

Things not to miss in Nicaragua

• Visit the Miraflor Nature Reserve to immerse yourself in native flora and fauna
• Go on a volcanic trek and volcano-boarding on the black sand slopes of Cerro Negro
• Snorkel off the Corn Islands and Pearl Keys.
• Horse riding on the beach.
• Take a ferry ride from Granada on Lake Nicaragua to Ometepe Island and Las Isletas, two of Lake Nicaragua’s 360 islets.
• Ride a wave off the coast of San Juan del Sur
• Admire the colonial architecture of Grenada 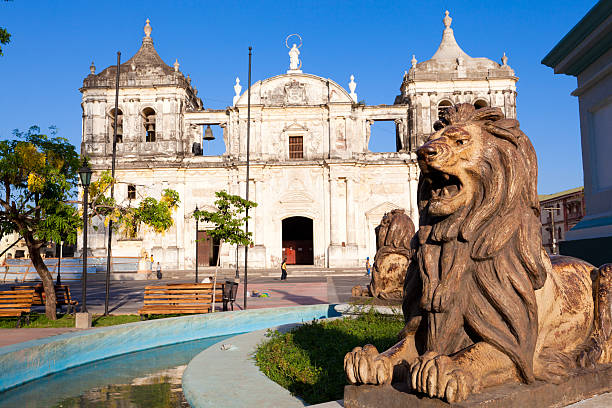 Activities not to be missed in Nicaragua

From snorkeling in the warm and transparent waters of the Caribbean near Corn Island, in the deep blue Pacific off San Juan del Sur, or in the freshwater crater lake of Apoyo Volcano, Nicaragua offers a variety of remarkable places to snorkeling and diving.

The waters surrounding Corn Island and Little Corn Island off the country’s east coast are home to pristine coral reefs that are home to a vast diversity of marine life and coral. Giant groupers, sea eagles, nurse sharks, sea turtles and huge schools of fish abound in these rainbow-colored waters.

The dives in the Pacific, which are for experienced divers, showcase larger species, including formidable parrotfish, snapper and surgeonfish, moray eels and, depending on the season, dolphins.

Nicaragua’s beaches, especially those on the country’s Pacific coast, are known for impressive surf and unexplored beauty.

The most popular destination for surfers from around the world is a 37-mile stretch of beach called San Juan del Sur; this region, located on the south-west coast of the country, is the place to go in search of the perfect wave.

Maderas, a secluded beach loved by locals and visitors alike, is one of the surfing community’s best kept secrets.

Nicaragua’s pristine rainforests are home to 7% of the planet’s biodiversity.

A great way to observe this rich flora and fauna is with Canopy Tour, a very popular type of sports tourism that allows you to explore the forest from more than thirty meters high, through a series of platforms and steel cables to which you can hooks through a secure belt.

This activity offers a unique vantage point on the vistas of Nicaragua’s majestic volcanoes and a melodious symphony of songs from native jungle birds.

Canopy adventures can be experienced across the country in a variety of environments and settings: rainforests, skirting lakes, rivers, lagoons, or flying high above coffee plantations.

On all tours, whether it’s wildlife viewing or adrenaline-pumping adventures, safety is always a priority; the guides are well trained and the equipment is maintained to strict standards

Hiking and trekking on the volcanoes

Exploring Nicaragua’s natural beauty is something that shouldn’t be done in a rush, and hiking offers a perfect pace to immerse yourself in nature and enjoy the sights of sounds and smells.

Located in the northern and more temperate region of the country is Selva Negra, one of the many coffee plantations in the area, where you can explore pristine rainforests while learning about the coffee growing process.

For the more adventurous, Nicaragua also has many active volcanoes that can be climbed, climbed and even skied.

Climbing Cerro Negro is not like climbing any other volcano in Nicaragua; the volcano is only 400 meters high, but the climb is steep and tiring, there are no paved paths but only a natural path along an edge that leads to the top.

The climb takes about an hour to the top, and while it requires some effort, the superb views are rewarding which thanks to the absence of trees provide fantastic scenery with a 360 degree view of the area.

The descent is instead very fast and very fun, the steep slope is covered by volcanic sand which provides an excellent surface for the descent by sandboarder. 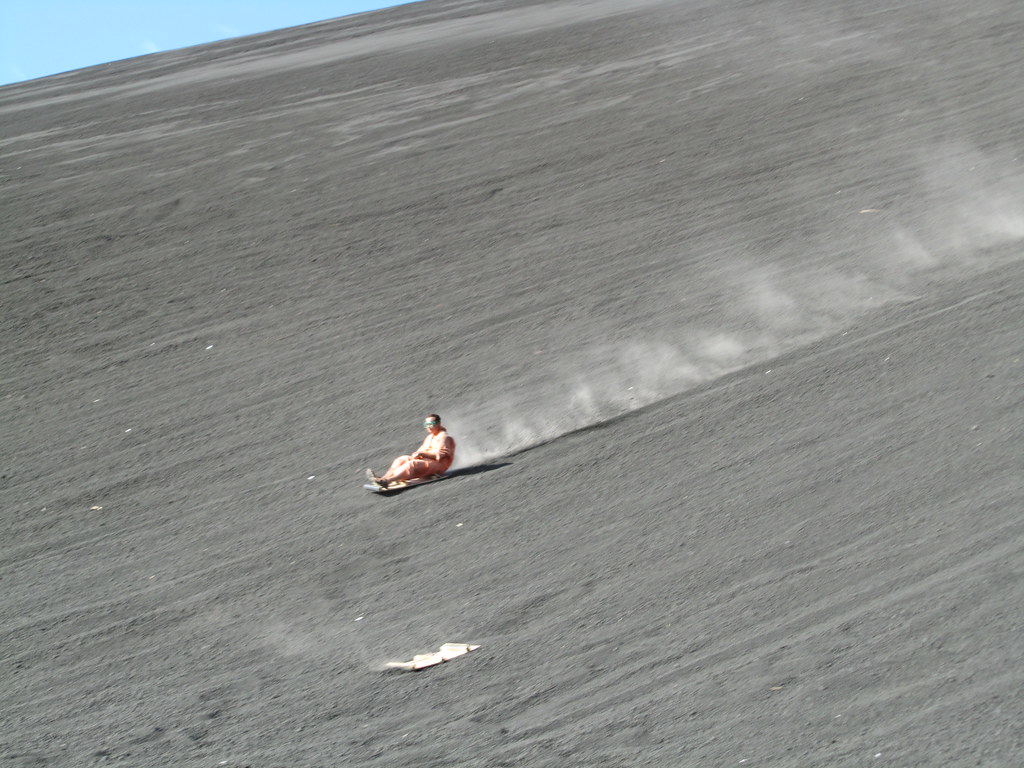 Another iconic volcano is Masaya, the mouth of hell, as in the past it was believed to be the entrance to the underworld, this volcano terrorized the conquerors, and was famous among the indigenous peoples for human sacrifices; today the Masaya Volcano National Park is a very beautiful park characterized by a neo-apocalyptic landscape

Other breathtaking excursions are the climbing of two large volcanoes that form the island of Ometepe located in Lake Nicaragua: Concepcion and Maderas which features petroglyphs, waterfalls and a beautiful lagoon in the crater of the volcano.

The Momotombo Volcano, one of the most challenging climbs in the country, offers spectacular panoramic views of its surroundings.

When to go to Nicaragua?

There are two seasons in Nicaragua, a wet winter season and a dry summer season.

The Caribbean coast is hit by tropical storms in September and October and generally hot and humid the rest of the year.