Sri Lanka is an island in the Indian Ocean south of India, it contains an extraordinary variety of places to visit despite its modest size.

Lapped by the Indian Ocean, the coast of Sri Lanka is lined with idyllic beaches while the hinterland boasts an incredible variety of landscapes ranging from wildlife-rich jungles to misty plateaus and tea-planted hills.

Sri Lanka offers visitors an incredible variety of environments to experience and experience with as many as eight UNESCO World Heritage sites.

Its geographical position has allowed it to be one of the most important stages of trade in the Indian Ocean resulting in a range of unique influences: generations of Arab, Malay, Portuguese, Dutch and British settlers have transformed its culture, architecture and cuisine.

The people of Sri Lanka are hospitable and kind; encompasses several ethnic and religious groups, the two largest being the mainly Buddhist Sinhalese and the predominantly Hindu Tamils.

The beaches are one of the attractions of Sri Lanka and it is possible to practice numerous water sports and whale watching offshore; Among the cities on the coast, the wonderful old Dutch city of Galle is certainly the most beautiful colonial city in Sri Lanka.

Galle was an ancient trading port during the country’s long colonial history and the large 17th century fort on the waterfront is an example of the defensive and commercial structure that developed along the coast.

Galle is now an entire fortified city perfectly preserved, full of boutique hotels, shops and restaurants and is a UNESCO World Heritage Site.

Kandy is the former capital of the Sri Lankan royal dynasty, the country’s main capital before the colonial period and today the symbolic heart of the green highlands region of the hilly hinterland.

In Kandy, the cultural capital of the Sinhalese, is the Temple of the Relic of the Sacred Tooth, a very sacred Buddhist shrine, part of the royal palace complex.

To the south, near the highest point on the island, is the ancient British city of Nuwara Eliya surrounded by tea plantations and several tea processing plants that you can visit to learn about the entire production process, from planting to collection and preparation.

Sri Lanka is also the land of fascinating archaeological sites such as the fascinating ruined cities of Anuradhapura and Polonnaruwa and the stunning cave temples of Dambulla.

Pollonnaruwa was the second capital of Sri Lanka, after Anuradhapura, which flourished about a thousand years ago; the garden city is completely preserved, although most of the structures are in ruins, there are gardens, palaces and temples.

The Dambulla temple complex is the largest in Sri Lanka its statues and paintings date back to the 12th century AD.

The temples are built inside caves; the Dambulla complex has five caves of different sizes and all have statues of the Buddha in a different position with a calm and peaceful appearance.

The temple is built on a black rocky mountain which contrasts beautifully with the white walls of the temple.

The extraordinary rock citadel of Sigiriya is a huge rock formation that has been carved and transformed into a palace, it was declared a World Heritage Site by Unesco in 1982.

Built around 1,500 years ago, the Sigiriya Palace complex sits atop a 220-meter rock with sheer walls; on the walls you can see ancient painted frescoes and carvings that transform the entire structure into a work of art.

To access the palace located on the top of the rock there is a giant portal carved in the shape of a lion; the whole area is an intricate city complex with gardens and residential and commercial areas, a very important example of early urban planning. 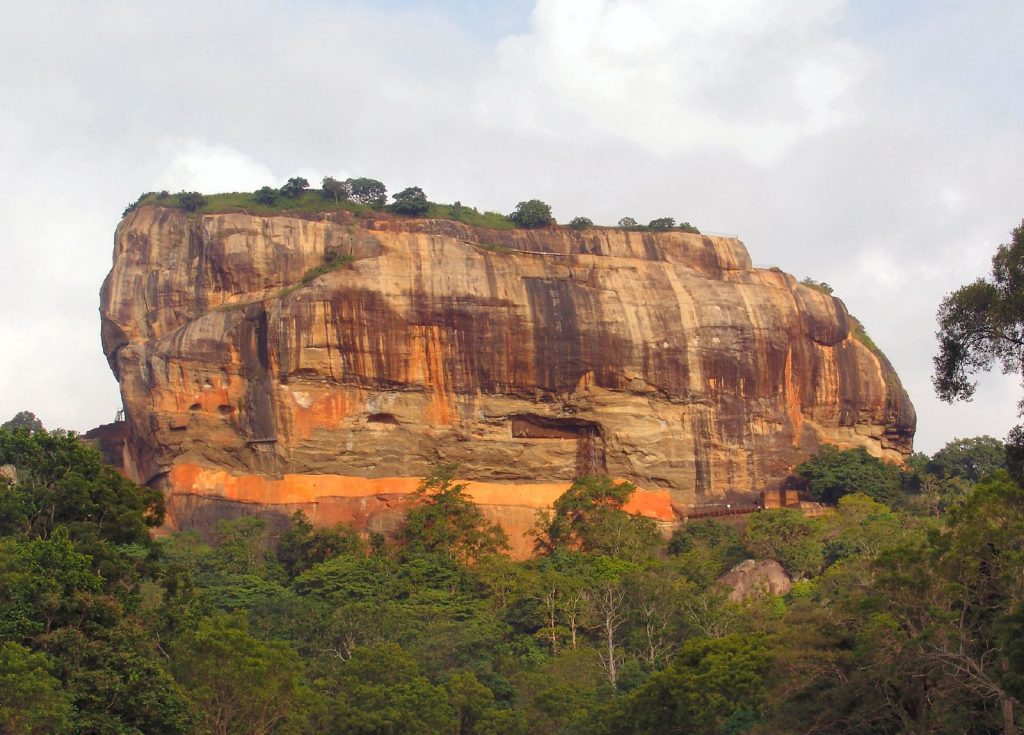 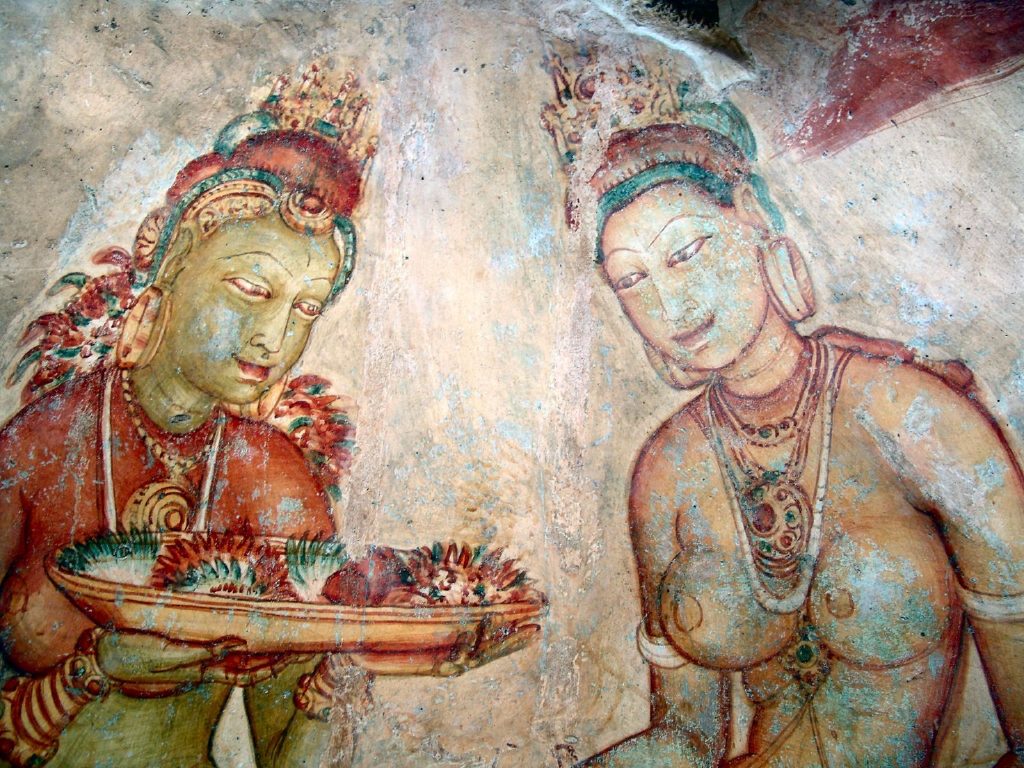 Almost 15% of Sri Lanka is made up of national parks and reserves that protect the country’s enormous biodiversity.

In the south-eastern area of ​​the island is the Yala National Park overlooking the Indian Ocean; this national park is known for safaris to observe leopards, the park is home to a large number of species of wild animals, including crocodiles, elephants and indeed the highest density of leopards in the world.

In addition to leopards, it is possible to spot elephants, labiated bears, crocodiles, spotted deer, buffaloes, sambhurs and numerous species of monkeys and birds.

Udawalawe National Park is located on the border between the wet and dry areas of the country and this feature is evident in numerous terrains and environments that vary within the boundaries of the park.

Elephants are the main attraction of the park but you can also see crocodiles, peacocks, water buffaloes, jackals, monkeys and spotted deer.

Bundala National Park is a wetland sanctuary, with its dunes, lagoons and large bodies of fresh water, it is one of the best places to visit for bird watching.

Besides the birds there are many crocodiles, a large elephant population, deer and the beaches are also a popular place for four of the five species of Sri Lankan sea turtles that come here to lay their eggs. 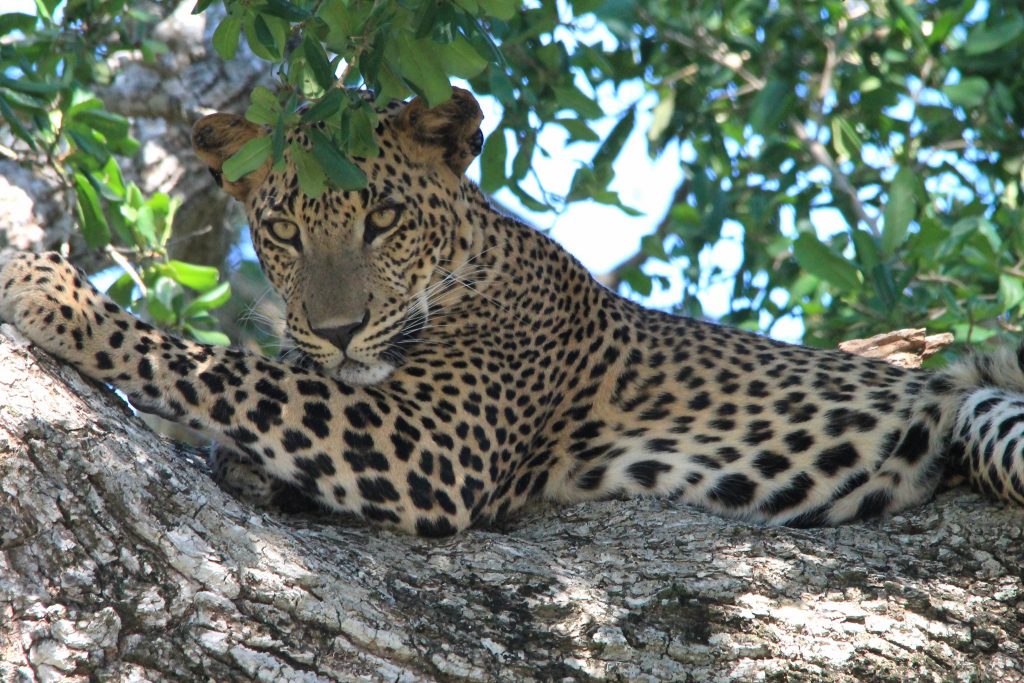 This 12-day trip to Sri Lanka allows you to visit both the archaeological and cultural sites of the country and to enjoy the beautiful nature of this fantastic island. Sri Lanka boasts a thousand-year history and …