Ethiopia is one of the most fascinating countries on the African continent, it presents an incredible cultural and geographical diversity.

The Historical Route is a 12-day itinerary that leads to the discovery of the historical and archaeological sites of Northern Ethiopia.

Main places of interest of the Historical Route in Northern Ethiopia:

Visit to Lalibela in Ethiopia

Lalibela, the holy city of Ethiopia, declared a UNESCO World Heritage Site, is one of the most fascinating and spiritual places on the African continent.

During the stay in Lalibela a lot of time is devoted to visiting the 12 rock churches, real works of art and engineering, completely carved out of the rock: the mighty church of Medhane Alem, the small and venerated Beta Maryam, the rock chapels Beta Dangal and Maskal that, together with the twin churches Beta Mikael and Beta Golgotha ​​and the inaccessible Trinity Chapel, constitute the complex of the Northern group.

The bed of a stream, dug into the rock and renamed the Jordan River, separates these churches from the Southern group: the basilica of Beta Gabriel and Rafael, Beta Mercurios, the tiny Beta Lehem chapel, the monolithic Beta Emanuel, of Axumite style, and the sanctuary Hypogeum Beta Abba Libanos.

The magnificent church of Saint George rises isolated from the complex rest and is perhaps the most suggestive and the best known and photographed in all of Ethiopia.

In the surroundings of Lalibela there are several monasteries and ancient churches, often carved into the rocky walls or built inside caves; among these, those worthy of a visit are the churches of Yemrhana Cristos and Asheten Mariam, the Yemrehana Christos, an Axumite-style church located in a cave, one of the most beautiful and best-preserved examples of this style, the church of Asheten Miriam, that stands on the mountain overlooking Lalibela and from where you can admire an incredible landscape. 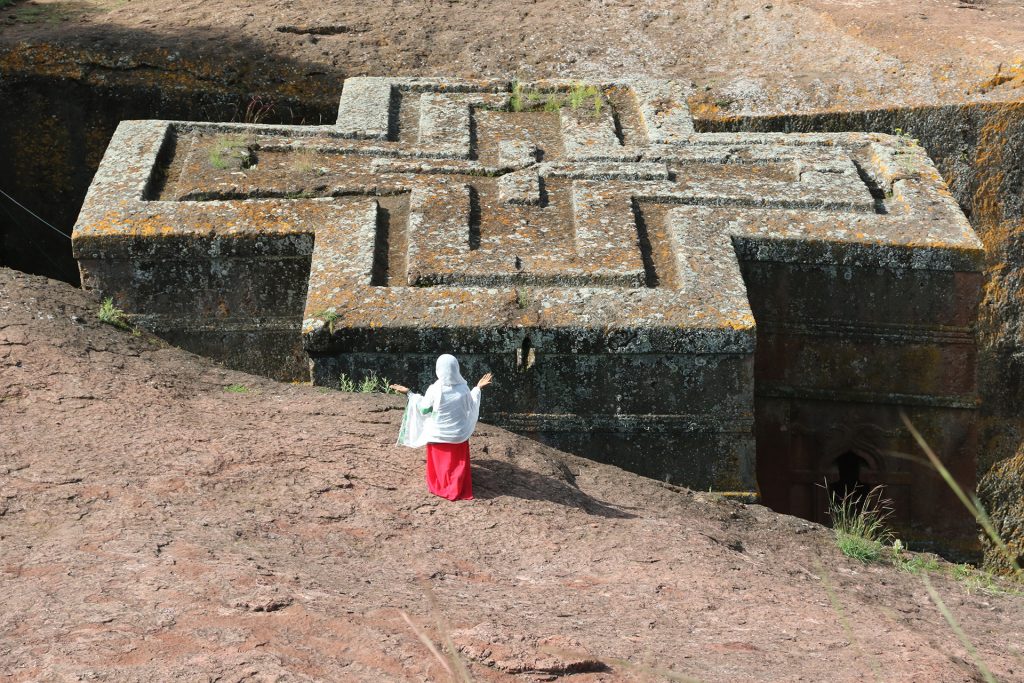 Exploration of the Tigris area in Ethiopia

The area of the Tigris is to be discovered and explored, here there are more than one hundred and fifty churches and monasteries that have been carved out of the rock or have been set against the rock walls.

The rock churches of the Tigris were built between the 8th and 15th centuries inside several caves; these churches are decorated with precious frescoes that cover their walls.

Also in the Tigris, near Yeha, there are the remains of the temple of the Moon, an important testimony of the Ethiopian pre-Christian architecture that dates back to the fifth century BC.

Visit to Axum in Ethiopia

At Axum, Ethiopia, there is the Stele Park where you can admire the huge obelisks, here there are also the remains of the palace and baths of the Queen of Saba and the necropolis with the tombs of King Kaleb and Gebre-Meskal.

Visit to the Simen Mountains Park in Ethiopia

The Simen Mountains National Park in Ethiopia is a site that has been declared a World Heritage Site by UNESCO.

The park is a true naturalistic sanctuary, here there are suggestive landscapes, with very deep gorges, cliffs and dizzying canyons; the park is home to numerous species of endemic flora and fauna, among others you can spot the Simien ibex, the Ethiopian wolf and the beautiful gelada baboon.

Visit to the city of Gondar in Ethiopia

The city of Gondar is the ancient capital of Ethiopia, ruled the country between the 17th and 18th centuries; Gondar is famous for the spectacular remains of its castles, for its countless churches, including Debre Birhan Sellasie, known for its ceiling with cherub frescoes, and the Baths of Emperor Fasilidas, whose basin is filled with water for the celebration of Christian rites, during the most important religious holidays.

Visit to the Tana Lake in Ethiopia

It is wonderful to take a boat trip on Lake Tana to reach the various islands, where there are several churches, some of which are rich in splendid icons, mined and crucified manuscripts, such as Ura Kidane Mehret and Asua Mariam.

The monastery that stands on the Zeghie peninsula, surrounded by wonderful vegetation with wild coffee plants, is an incredible place.

The priests of the churches also keep precious collections of icons, bibles made of goat skin, Coptic silver crosses, sacred vestments and the crowns of the Ethiopian kings. 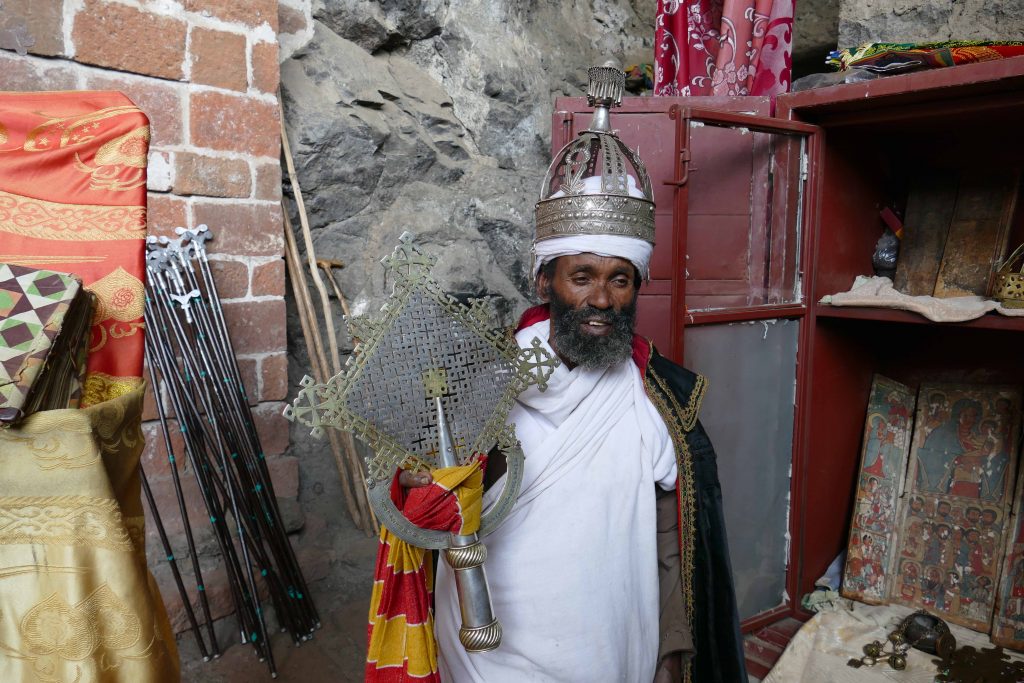 The best time to travel to Ethiopia is from October to February, when temperatures are milder and rainfall is almost completely absent.

Sunglasses and sunscreen are a must; remember to always bring your camera with you and always ask for permission before taking a photo.

PDF Button
from 1.500 euro
Per Person
Share this tour 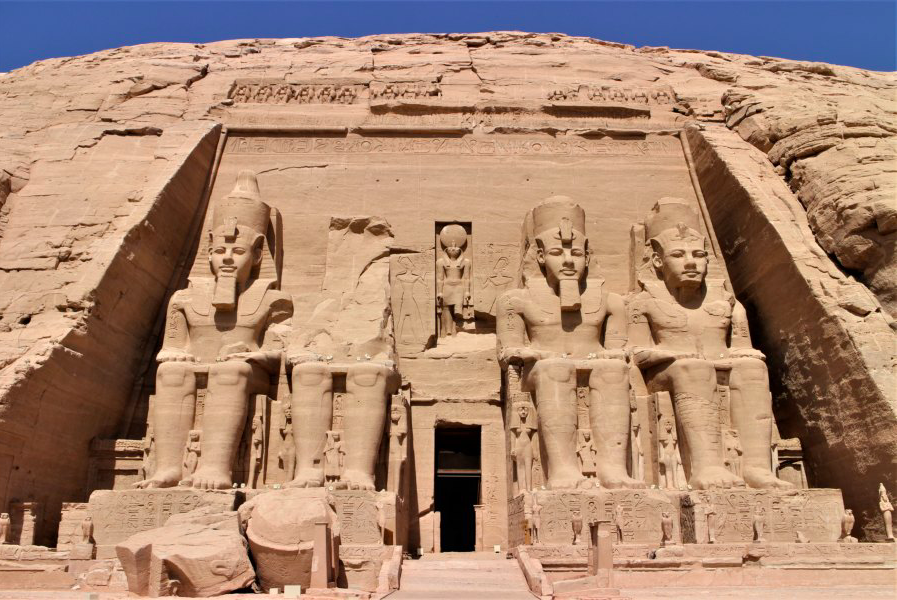 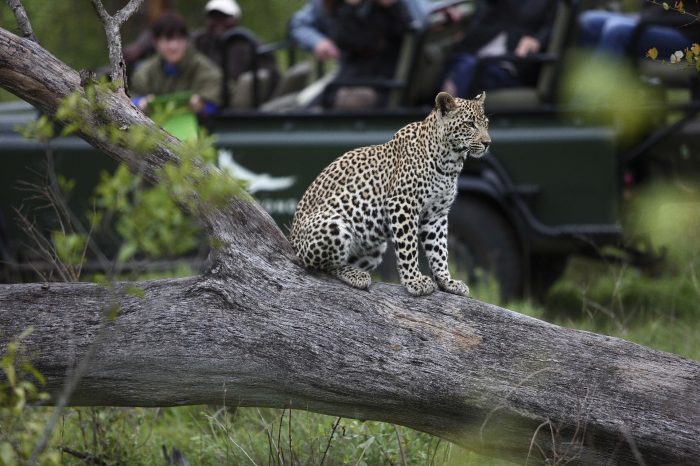