MADAGASCAR: The parks of the North and Nosy Be

The Republic of Madagascar is a beautiful and large island located in the Indian Ocean, off the coast of East Africa.

Madagascar is one of the most unusual and interesting places on the planet, it is rich in nature and wildlife; there are few countries in the world that offer the same biodiversity as Madagascar.

Madagascar hosts 11,000 species of endemic plants, 80% of which are found only on the Malagasy island; the same goes for the fauna: there are some unique endemic animals such as the fossa, a skilled predator, and many species of lemurs.

The cute lemurs are one of the reasons to visit Madagascar, the endemic species of lemurs present on the island do not exist anywhere else in the world.

North Madagascar is a perfect tourist destination for beach, wildlife and nature lovers, offering everything that is unique about Madagascar: from Madagascar’s endemic fauna, such as lemurs and chameleons to the rainforest, stunning turquoise lagoons, beaches and iconic baobabs.

During this 12-day trip you can also relax on the paradisiacal beaches of Nosy Be and Diégo-Suarez and enjoy numerous water activities.

Visit to Diego Suarez and the 3 bays in Madagascar

You will visit three wonderful bays: Sakalava Bay, the Dunes Bay, a quiet and uncrowded place, with a beach of fine white sand, a wonder of nature, and finally the Pigeon Bay.

There is the opportunity to walk along these three bays and discover the local fauna and flora; moreover the crystalline sea is a unique spectacle.

Then you visit the military camp with its lighthouse and its cannons, a legacy from the colonial era. 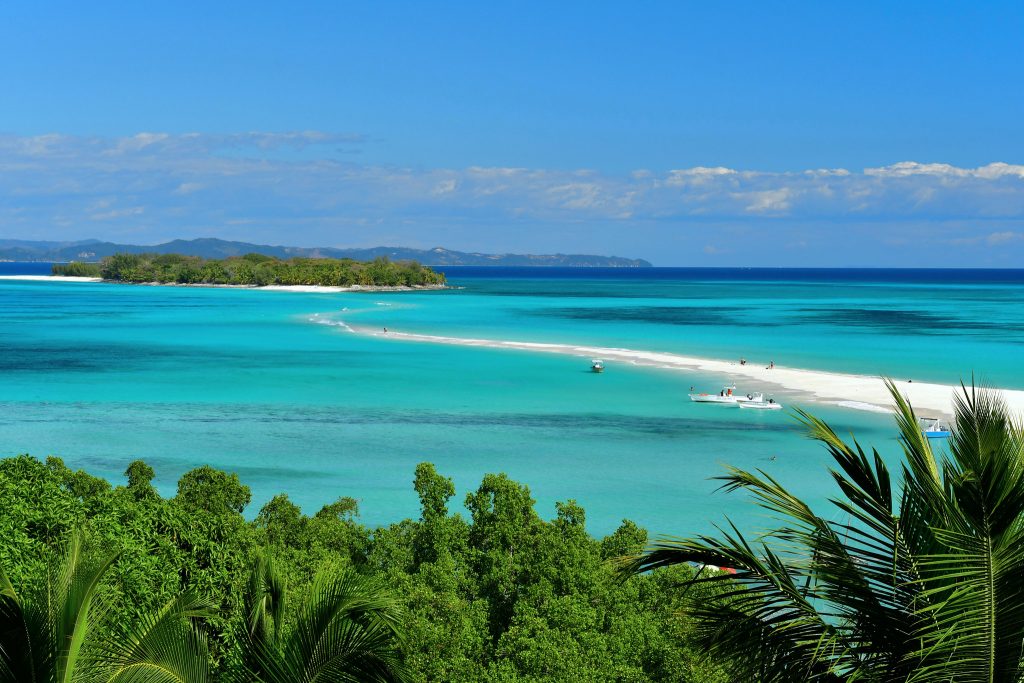 Visit to the Montagne d’Ambre National Park in Madagascar

You will discover the first National Park of Madagascar, the Montage d’Ambre; this park was created in 1958 and is located in the heart of a volcanic region.

The Montagne d’Ambre is a real biological treasure as it protects a magnificent tropical forest, that is preserved from any negative human impact; in addition, a rich and complex nature thrives in this national park.

This park is in fact populated by several endemic bird species and by the smallest chameleon in the world, that measures only 5 centimeters.

Obviously there is no lack of lemurs, here there are different species; moreover it is also possible to meet other mammals, such as the fossa that looks like a puma, but it is necessary to be quite lucky to meet it.

During the visit, the botanical path is followed, where you can admire different species of plants and shrubs such as canariums, ficus and orchids.

Visit to the Tsingy Rossi in Madagascar

A dirt track heads into an arid area with shrub savannahs until it reaches the Tsingy Rossi, colorful and surreal rock formations that were created by erosion.

The Tsingy Rossi are one of the most impressive and iconic places in the Northern region, they are distinguished by the red earth that is present in this area and for their shapes, that are less pointed than other tsingy on the island: the rock formations look like brick colored blades. and the landscape is unique, it seems to be on planet Mars instead of on Earth. 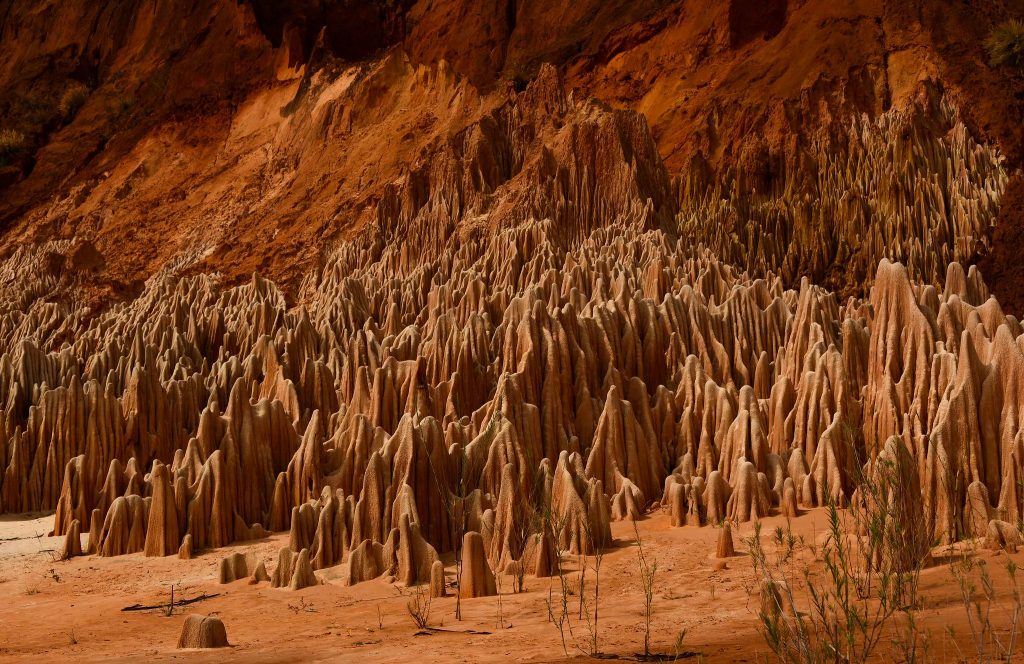 Visit to the Ankarana National Park in Madagascar

The Ankarana National Park is one of the most visited parks in Madagascar and is famous for the tsingy that are present in its territory and for the largest underground network of rivers and caves in Africa, some of which contain caves where crocodiles live.

The park has great trails, with beautiful landscapes and many animals.

The main attraction of the park is the landscape with its pointed pinnacles and the various caves; the most famous cave in the park is that of Andrafiabe, that is 11 km long and is crossed by more than 100 km of tunnels and passages.

Eleven species of lemurs live among the forests, mountains and incredible rock formations of Ankarana that can be encountered during excursions.

Relax at Nosy Be in Madagascar

Nosy Be in the Malagasy language means large island, located off the North-West coast of Madagascar and a paradise for beach, snorkel and diving lovers.

It is impossible not to fall in love with the white sand beaches, the blue sea, the wonderful coral reefs and the endemic fauna of the island.

From Nosy Be it is possible to make excursions to Nosy Iranja Be and Nosy Iranja Kely; these two islands are connected by a bank of very fine white sand that, during high tide, disappears into the ocean, to reappear only during low tides.

Nosy Be is a paradise island with its turquoise water, white beaches and lush, bright green vegetation.

Turtles, today as centuries ago, go to the beaches of Nosy Iranja to lay their eggs, the name Nosy Iranja means precisely the island of turtles; but here you can also admire numerous types of birds, from terns to herons, and you can witness the passage of some sea eagles. 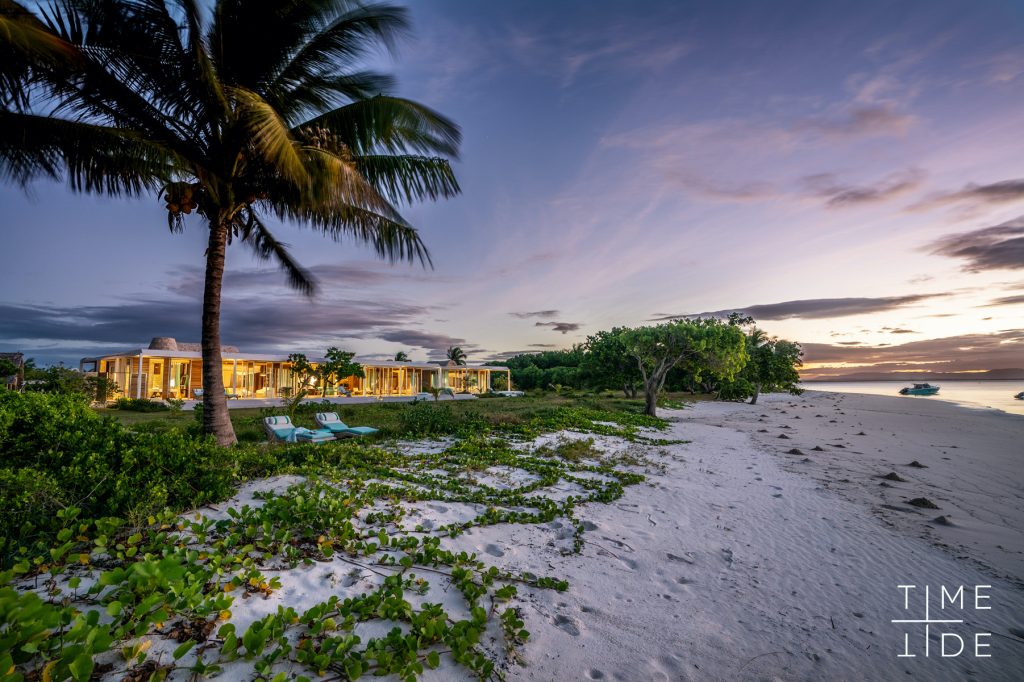 The rains are often afternoon showers typical of the tropical zone, for the rest of the day the sun shines even during the rainy season, especially in the morning.

PDF Button
from 1300 euro
Per Person
Share this tour

MADAGASCAR: The parks of the North and Nosy Be