Sierra Leone is a fascinating and rapidly growing country after a troubled past which has seen it isolated from the rest of the world but which has left its traditions intact.

The capital Freetown: the city of free men was founded by freed slaves in the Americas who crossed the ocean a second time to return to mother earth Africa and here gave birth to an economic and cultural elite called Krio.

The Sierra Leoneans are a friendly people, loving life and willing to show different aspects of their culture such as the female society of masks and the Poro, the most difficult of male initiations.

In the still intact forests, the diamond hunters, who have made these lands famous, work tirelessly in search of the precious stones.

The forests not only hide precious diamonds but also a good presence of wild animals including many primates, some endemic species and the adorable pygmy hippo.

The country is renowned for its splendid beaches of fine sand considered the most beautiful in West Africa.

Makeni and the Temne tribe

Makeni, main city of the north province, is famous for the market where local goods and colorful cloths can be found.

Near Makemi we will visit a typical village of the Temne ethnic group to attend amazing traditional male and female dances.

A Temne settlement contains a central meetinghouse surrounded by circles of mud-and-wattle houses with thatched roofs. 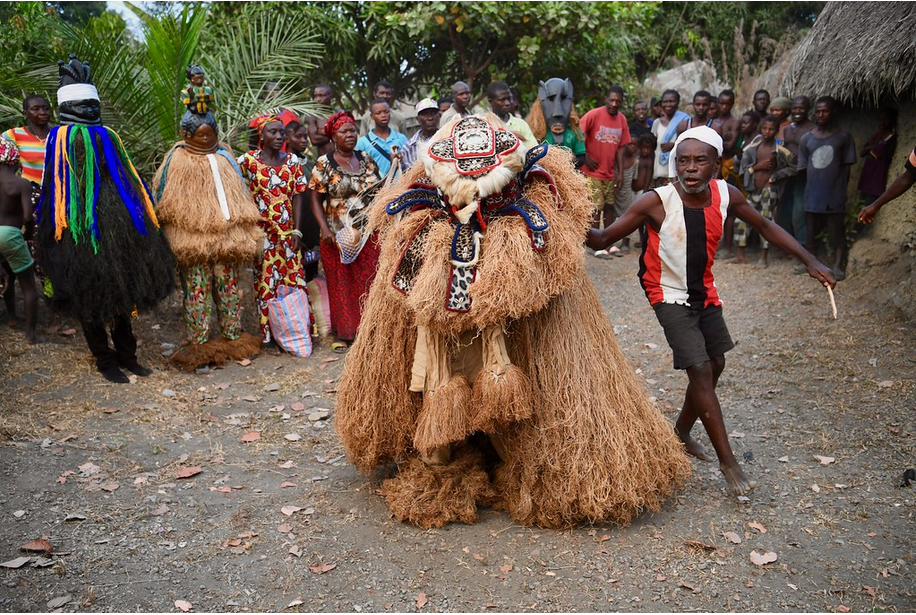 Tiwai Island is a small island of only 12 square kilometers where you can immerse yourself in one of the few stretches of native rainforest in West Africa that is home to a remarkable variety of plants, animals and above all primates.

In this incredible natural context with small boats we will glide along the river, immersed in a wild and grandiose landscape, we will also take a walk in the primary forest to discover plants, animals, colobus, chimpanzees and the rare and endemic vervet Diana.

If we’ll lucky, we will also be able to meet the shy and endangered pygmy hippo. 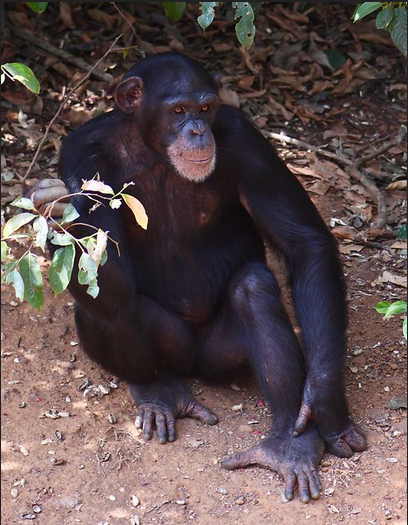 Boajibu is a city in the eastern province of Sierra Leone and capital of the Chiefdom of Simbaru or the district of Simbaru.

In this area we will meet a woman who plays the role of village head, one of the few “Paramount Chief” ladies.

In the Simbaru area we will visit the surroundings villages to discover traditional dances. We can attend the Mende masks’ dance from the Sande secrete female society and the ones form the Poro male society.

Visit to a diamond mining site where we can learn about the various stages of research, the miners use sieves, spades and buckets.; a very hard work.

The artisanal miners work in a group, one member dives into the river with the bucket in order to scoop up mud from the riverbed while a second holds him down so that the tide won’t pull him away. Lastly, the third member of the group gathers the bucket and pours it into a pile. After enough mud has been collected, he begins to sift through it in search of diamonds. 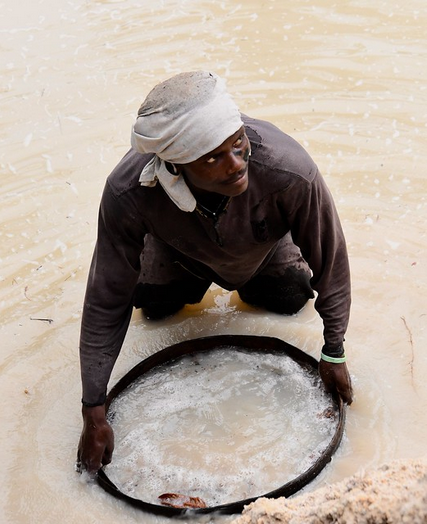 Boat excursion to the Banana Island archipelago, a small corner of paradise on the Atlantic Ocean.

We will stop in Dublin to visit a traditional village; Dublin is one of the three islands that together with Ricketts and Mes-Meheux form the archipelago.

A tasty lunch in a typical restaurant on the beach will be a unique experience.

Stews, smoked fish, peanuts and banana leaves: just some of the tastiest components of Sierra Leone cuisine; the country’s food is a reflection of its complex history, drawing from the flavors of Africa, the West Indies and the Americas.

One thing that most meals have in common is a large serving of rice.

Freetown, the city of free men

The country’s vivacious capital, Freetown, is a harmonious blend of mountains, sea and city; it is a bustling port city full of colorful architecture.

A visit to the National Museum is essential to learn about finds related to the traditional rites of secret societies and the mysterious Nomoli stones.

There are many points of interest that Freetown offers such as the Cotton Tree, symbol of the city, and the general market the Bo’s Big Market known for local craftsmanship and where you can buy beautiful fabrics from West Africa, learn curious anecdotes from herbal remedies pros and taste poyo or palm wine.

The stone and wood architecture, typical of the Krio cultures, is interesting; the origin of the Krio dates back to 1786 when the British brought the first 308 slaves freed in the Americas to the coasts of Sierra Leone

The surroundings of the city offer beautiful beaches and Bunce Island, one of the most important hubs of the slave trade in West Africa, which remained active until the British colonization which prohibited slavery.

A large fortress, now in ruins, was used to gather the slaves before they were embarked to the New World. 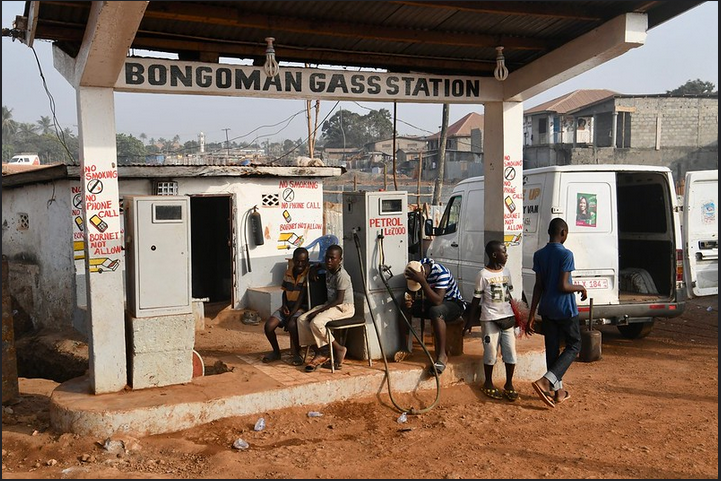 PDF Button
from 2.900 euro
Per Person
Share this tour