A wonderful 9-day trip to discover Guinea Bissau, an African country still unknown and not interested by mass tourism; here the boundary between land and water changes constantly according to the tides of the Atlantic Ocean.

In Guinea Bissau you can admire the longest continuous line of unspoiled mangroves and rivers, while the estuaries hide remote villages and ancient animistic ceremonies.

A fantastic adventure that will take you to explore the archipelago of the Bijagos Islands, the largest archipelago in Africa.

The Bijagos archipelago is made up of 88 islands, most of which are not inhabited by man; these islands are a natural paradise inhabited only by numerous species of birds and host a truly rare fauna.

In Guinea Bissau some populations live who still follow the dictates of the tribal tradition; a close encounter with these tribes is a unique opportunity to discover a very interesting culture far away from Western culture.

An exciting itinerary that combines natural and cultural discoveries, without neglecting a little pleasant relaxation along the Atlantic coast; here are deserted and wild beaches, lapped by the blue waters of the Atlantic Ocean, where your footprints will be the only human traces on a virgin land. 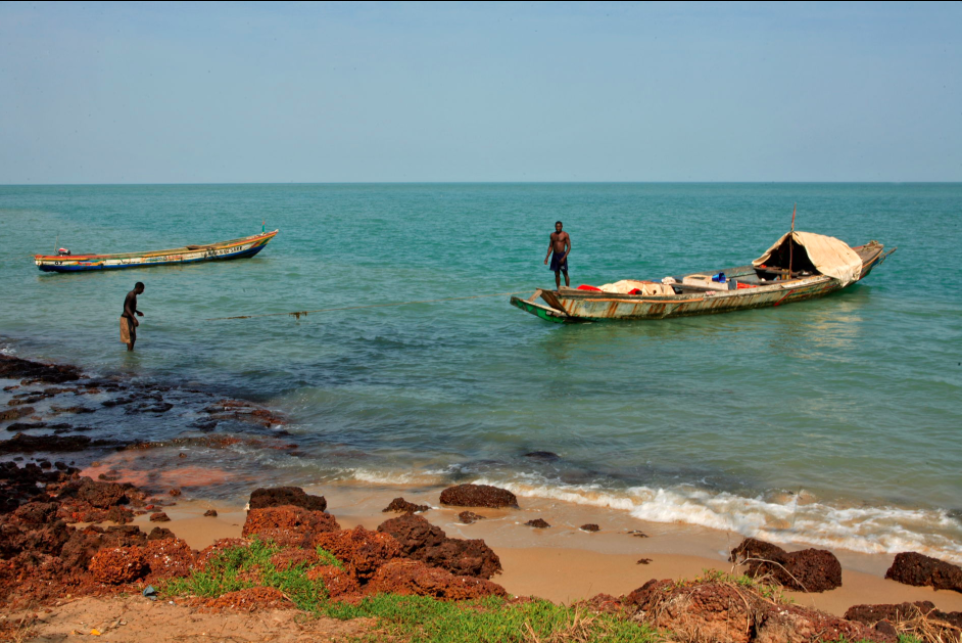 Meeting the Manjaco in Guinea Bissau

A bumpy path that crosses lush vegetation leads to small traditional villages and expanses of cashew nuts; these are the territories of the Manjaco.

The Manjaco call their animist traditions Gendiman; in each village there are some wooden poles, called Pecal, that represent the spirits in the Cab Balung, the sanctuary of the ancestors.

The animist religious tradition of the Manjaco is still widely practiced and is a rare opportunity to admire tribal culture in its original context.

On board a motor boat you reach the wide Cacheu river where you can observe different species of water birds such as white pelicans, herons, egrets, storks and pink flamingos.

From the Cacheu river you reach a mangrove forest where there is an intricate network of brackish water channels; it is possible to go into this maze of channels for a closer contact with the nature of this place.

The Felupe and the Baiote tribes live within this isolated ecosystem and are mainly dedicated to the cultivation of rice; they use a complex ancestral technology that allows them to reclaim saline soils.

You visit their villages that are always located near huge baobabs; their homes are the expression of a unique African architecture and consist of a large platform of beaten earth as the basis for vast clay huts that are surrounded by a veranda.

A large thatched roof covers both the hut and the veranda and, in the upper part of the roof, there is an opening, similar to a dormer window, covered by a second tiny thatched roof.

The Felupe ethnic group still practices many traditional ceremonies and the group of initiates includes a powerful caste of priestesses whose rites are announced by the sound of large sacred drums, called Bombolon.

You will witness the ritual dances of the sacred Kumpo mask: this mask belongs to a secret society and the identity of the dancers remains unknown because everyone believes that the mask is animated by spirits.

The percussion, the dances and the colorful crowd animate the small village where the ritual dance is celebrated in the shadow of large kapok trees.

Visit to the Bijagos arcipelago in Guinea Bissau

The Bijagos archipelago located 40 miles from the continent is the largest in Africa, with 88 islands and islets, of which only 21 are inhabited.

Thanks to the idyllic landscapes, the exceptional fauna and an intact tribal culture, the Bijagos are considered an authentic jewel: due to the typical isolation of an archipelago, the Bijagos populations have suffered very little influence from the outside world: women still wear the “saiya”, traditional straw skirt, life in the village is characterized by the importance that is reserved for masks, still used today during often secret ceremonies.

You will meet the populations who inhabit the islands, you will visit their villages and admire the natural beauty of these islands.

Visit to the old capital city of Bolama in Guinea Bissau

Bolama was the capital of Guinea during the Portuguese period, while locals moved here only after the Portuguese left; today Bolama has been partly abandoned and has fallen into disrepair, partly invaded by tropical vegetation.

At Bolama you can still walk the large sunny and silent avenues and the large empty squares, you can see the dry fountains and the gardens where the vegetation has grown more than necessary and has invaded the streets and buildings, such as the beautiful administrative buildings and the palace of the governor with the large neoclassical colonnade.

At Bolama the atmosphere is surreal it looks like a ghost town, but it is still partially inhabited by the population.

As a consequence of the itinerary and the numerous transhipments from the boats, the maximum weight of the luggage must not exceed 20 kg per person, soft and waterproof bags are recommended. While sailing, the participants may be reached by a few sprays of sea water, we recommend that you carefully protect cameras, video cameras and anything else and wear a K-way.

MEANS OF TRANSPORTATION: on roads or tracks you travel on board a Minibus or a 4 × 4, in the archipelago you navigate by motorboats equipped for the Atlantic Ocean.

PDF Button
from 2.350 euro
Per Person
Share this tour