To move, to breathe, to fly, to float, to gain all while you give, to roam the roads of lands remote, to travel is to live.
Hans Christian Andersen

Ghana is a West African country that overlooks the Gulf of Guinea, borders the Ivory Coast to the west, Burkina Faso to the north, Togo to the east and the Atlantic Ocean to the south.

Ghana offers a beautiful hinterland, sunny beaches, rich culture, vibrant cities, welcoming people, numerous species of wildlife and easy access to all parts of the country, plus it is very diverse as there is a big difference between the north and southern Ghana thanks to different religions, geography and culture.

The region of present-day Ghana is an area rich in history with several great civilizations that flourished in the region such as the ancient empire of Ghana, formerly located 500 miles northwest of the contemporary state reigned until the 13th century, later the Akan peoples established the next great civilization, starting in the thirteenth century, and then again the Ashanti empire flourished in the eighteenth and nineteenth centuries.

Ghana was the first place in sub-Saharan Africa where Europeans settled to trade, first in gold, then in slaves and it was precisely for the large production of gold that it was called the Gold Coast.

They first settled on the coast by Portuguese traders in 1470, then the British settled in 1553, followed later by the Dutch (1595) and the Swedes (1640) who created a gruesome slave market.

British rule on the Gold Coast began in the 1820s, but it was only after stifling Ashanti resistance in 1901 that the region became a British protectorate.

Despite its turbulent history, Ghana was the first nation in sub-Saharan Africa to gain independence from a colonial power and today it is one of the fastest growing economies on the continent and is the second largest cocoa producer in the world behind the Ivory Coast is Africa’s largest gold miner after South Africa.

The terrible history of the slave trade is clearly visible along the coast where there are numerous castles and fortresses built to store, in addition to export products such as gold and ivory, millions of African slaves destined for auction in the New World.

Today the castles have been recognized as a UNESCO World Heritage Site, among the most important and best preserved are the Elmina Castle and the Cape Coast Fortress.

Forts and Castles of Ghana

Elmina Castle was the first European outpost for the slave trade in Africa, it was built in the 15th century by the Portuguese and called Sao Jorge and Mina in 1482 to protect the gold-rich lands discovered in 1471 and over the centuries it passed under the control of the Dutch and the British and became one of the main starting points of the slave routes to the Caribbean and Brazil.

Cape Coast is a quiet fishing town with an artistic vibe. Ruined colonial buildings line the streets, seabirds roam the beaches, and fishermen cast nets where slave ships once sailed; its rich colonial past which is well summarized by the imposing castle that stands on the beaches of the city, the fortress offers the opportunity to visit a nice museum on the tragic history of slavery and it is possible to visit the narrow rooms where slaves were stowed and herded before being embarked for the Americas.

At the height of the slave trade, there were over sixty of these strongholds massed together on a stretch of coast less than 500 kilometers long. The remains of about thirty of these surviving castles, fortresses and trading posts still testify to four centuries of the presence of Europeans trading in gold, ivory and slaves.

Forts are one of Ghana’s most distinctive features, a unique collective historical monument. 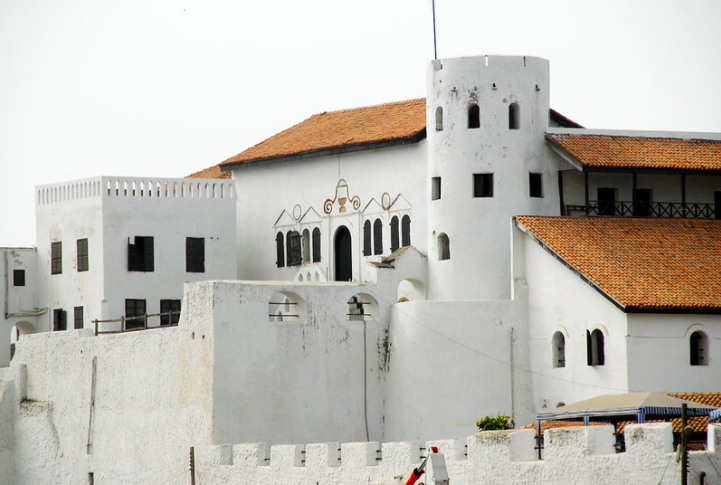 The historic capital Accra, one of the safest African cities is a city full of interest; do not miss the charming oldest neighborhoods of Accra, such as Usshertown and Jamestown, a very characteristic and charming fishing district.

The second largest city in Ghana is Kumasi, once the capital of the powerful Ashanti kingdom, a centuries-old kingdom that once extended to central Ghana and what are the Ivory Coast, Togo and Burkina Faso; the city is still steeped in Ashanti traditions such as funerals and colorful festivals.

The Ashanti kingdom, or Asante, was the last and most enduring of a succession of centralized states that controlled the Obuasi gold mines, furthermore its wealth and influence was also linked to the wide supply of prisoners it provided to traders. of coastal slaves.

Kumasi is also home to the Kejetia market, the largest open-air market in West Africa

Tamale is the northern capital of the country, on the edge of the Sahara desert, home to several beautiful mosques and is an important cultural center with craft shops, dance and music performances.

There are around 100 mammal species and at least 300 bird species in the park.

The park allows safaris on foot and by car; between December and April is the best time to spot elephants.

Kakum National Park is a great place; it is home to 40 mammal species, 300 bird species and over 600 butterfly species.

The most popular part of the park is the suspended walk: it is a series of viewing platforms connected by suspension bridges about 30 meters away that offer incredible views of the forest seen from above.

When to go to Ghana

Ghana is a tropical country. The southwestern part of the country is located in a warm and humid forest area; Accra, the capital, is located in the driest equatorial areas while Kumasi is in the humid savannah.

There are two distinct seasons: the rainy season from April to October and the dry season from November to March.

However, in southern Ghana the rainy season is split in two: it is rainy from April to June, then there is a two-month lull of dry weather, followed by a second rainy season from September to October. 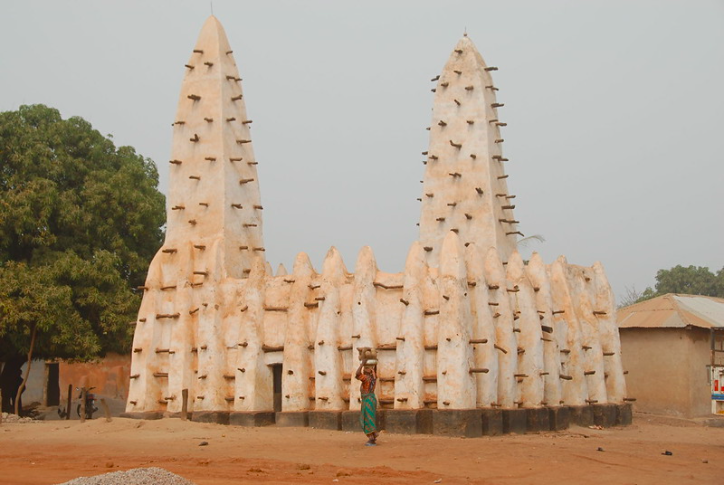 A 12-day journey through the most remote places of Ghana, Togo and Benin to discover a tribal world still guided today by the spirits of the ancestors, and by voodoo rituals. The journey begins at Lome, …