Benin is a West African state rich in traditions and ancient ceremonies, the state religion is voodoo and January 10 is a special day during which the population celebrates ancestral cults, in particular all the voodoo adepts gather in the Ouidah region in the south of the country for the famous Voodoo Festival.

Festival attendees are dressed in traditional costumes and white is the predominant color, enlivened by the colorful glass beads.

The climax of the voodoo festival is reached with the arrival of Dagbo Houno, the chief priest of Ouidah.

The trip will continue showing the best of Benin, we will know the Taneka and Somba who build houses like small clay castles, the Fon and the ancient kingdom of Abomey, the ethnicity of the Tofinou and the important Fetish of Dankoli, an important place of voodoo worship.

In Benin, January 10 is the day of the Voodoo Festival, during which traditional religion and its cults are honored, in particular in the Ouidah region there are voodoo celebrations that bring together thousands of adepts, traditional leaders and feticheur.

Ouidah is considered one of the capitals of African voodoo, in this city, an ancient port of the slave trade with a decadent Afro-Portuguese architecture, the Temple of the pythons and the Catholic Cathedral cohabit opposite each other.

In Ouidah we will visit: the Temple of the Pythons who are venerated as voodoo protectors of the city, the Portuguese Fort transformed into a museum on the slave trade and finally the Slave Road traveled by thousands of slaves before being embarked in the direction of the new world.

Across Lake Nokwe, aboard motorized boats, you reach Ganvie, an extensive and delightful village on stilts whose inhabitants, of the Tofinou ethnic group, build their huts on teak poles and cover the roofs of the houses with a thick layer of leaves.

The isolation in which they live has allowed them to preserve their original building habits and rules.

Fishing is the main activity of this population; in the pirogues, which men, women and children lead with ease with the help of long sticks, daily life is marked. 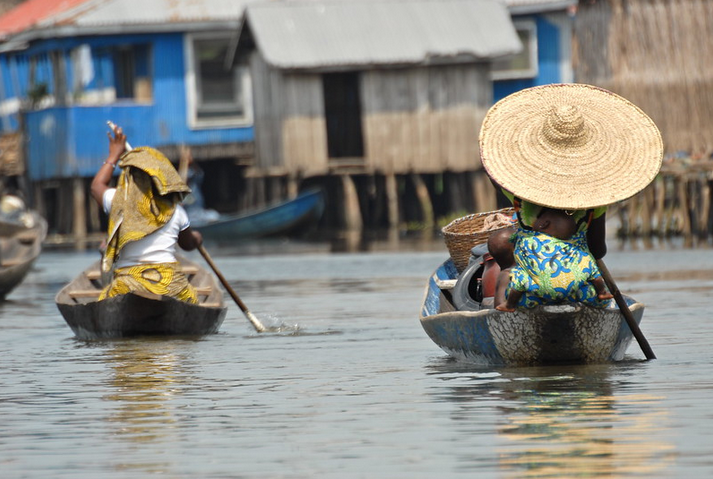 In Abomey we’ll visit the Royal Palace; its walls decorated with bas-reliefs representing symbols of the ancient Dahomey kings.

The Royal Palace is now a museum listed on the Unesco World Heritage List, the palace displays items belonging to the ancient rulers: thrones, cult altars, statues, costumes and weapons.

The Kingdom economy was for a long time based on the slave trade: a permanent state of war made it possible for the kings to capture thousands of prisoners whom they then sold as slaves.

The royal army included a female troop famous for its boldness and aggressive fighting spirit; at the height of their power there were up to 4.000 women in the palace harem.

In the middle of the royal courtyard there is a temple built with a mixture of clay, gold dust and human blood

The journey will take us to traditional villages where we will witness ceremonies and dances with traditional masks that represent as a link with the spirit world.

The Zangbeto mask is a large mask covered with colored straw and represents non-human spirits, the forces of nature and the night that inhabited the world before man.

Who wears the masks is part of a secret society and their identity is unknown to the non-initiated, the heavy masks prevent from recognizing the person wearing it guaranteeing secrecy.

The presence of the mask is a feast for the village as it guarantees the protection of spirits and drives away threatening presences. 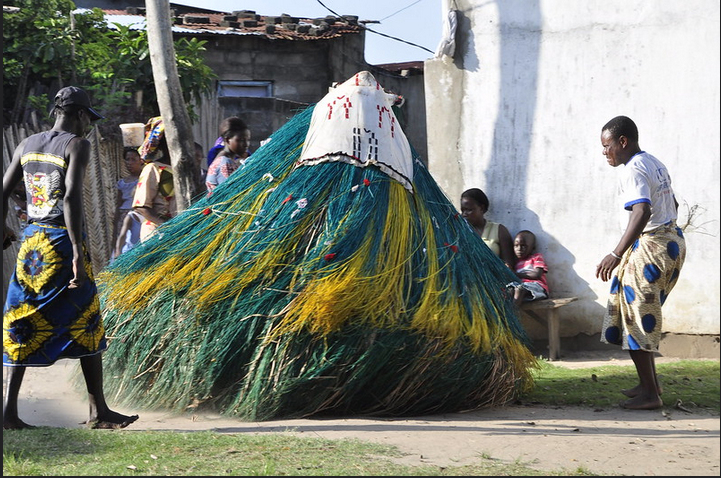 Egun masks represent the spirits of the deceased; they are masks from the tradition of the Yoruba people who believe in ancestor worship.

Who wears the masks belongs to a secret society of priests, the initiates wear heavy colored masks and have the task of bringing spirits back to the world of the living. 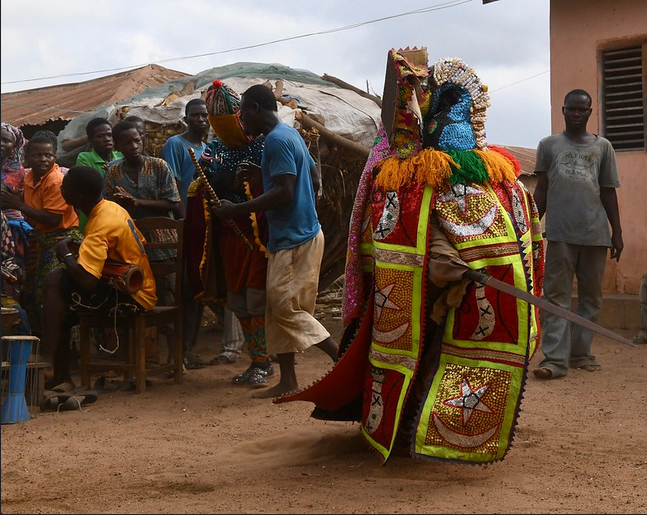 Gelede masks are part of the Yoruba traditions and refer to the cult of the Great Mother, the primordial spirit source of all existence.

The dance of the Gelede masks is believed to serve to propitiate the fertility of the land and women but also to teach virtuous behavior for the life of the village.

Gelede masks are worn with a costume made up of layers of elaborate and colorful cloth and with a carved and painted wooden headdress. 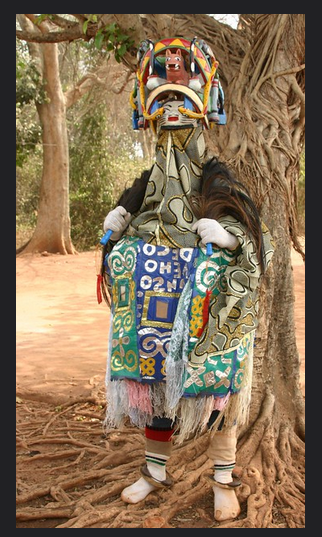 The traditional Taneka villages are particularly interesting for their complicated social structure and an ancient example of multicultural and religious coexistence while the fortified houses of the Somba have been declared a World Heritage Site by Unesco.

PDF Button
from 2495 euro
Per Person
Share this tour

A 12-day journey through the most remote places of Ghana, Togo and Benin to discover a tribal world still guided today by the spirits of the ancestors, and by voodoo rituals. The journey begins at Lome, the capital of Togo, […]