Sudan is an original, mysterious and unique destination, still unknown to the most, this is the area where African and Arab cultures meet.

The history of Sudan is very linked to that of Ancient Egypt and the Nubian black pharaohs gave birth to a powerful dynasty, the Nile river crosses the Sahara desert and along its valley there are very interesting archaeological sites of the Egyptian and Meroitic civilizations, the most of which are UNESCO World Heritage Sites.

The magnificence of the archaeological ruins and the grandeur of the pyramids fascinate those lucky enough to venture into these desert lands.

The people of Sudan are extremely friendly, welcoming and the large markets are fascinating places where you can learn about some characteristics of Sudanese daily life.

Old Dongola, the ancient Christian capital of the Makuria Kingdom, is now a deserted city located on the east bank of the Nile.

Dongola was founded in the 5th century as a fortress, but an inhabited center soon developed around it; later with the arrival of Christianity it became the capital of Makuria and several churches were built.

The ruins of churches, monasteries and a cathedral are still visible today.

Jebel Barkal, Jabal Barkal or Pure Mountain, is a relief that rises in the desert on a wide bend of the Nile near the fourth cataract and represents the maximum limit of Egyptian expansion to the south, in the territory of Nubia, under the reign of the pharaoh Thutmose III.

In this place, the ruler founded the city of Napata, which about 300 years later became the capital of the independent kingdom of Kush.

Napata was the main center of the Kushite kingdom and here the great temple of Amun was erected at the base of the sacred Jebel Barkal mountains which became the center of worship of the god.

The royal necropolis of the ancient city of Napata had a large number of pyramids divided into three different places.

A first block of pyramids was placed on the western side of Mount Jebel Barkal where today we can see ruins of ancient pyramids of unknown royals.

Another site is in El Kurru, about ten kilometers south of the Pure Mountain where it is possible to visit one of the two tombs carved into the rock under the pyramids, partially collapsed, and totally decorated with images of the Pharaoh, the gods and multicolored hieroglyphic inscriptions.

Finally, the necropolis of Nuri on the east bank of the Nile where there are the pyramids of 19 kings and over 50 pyramids of queens. 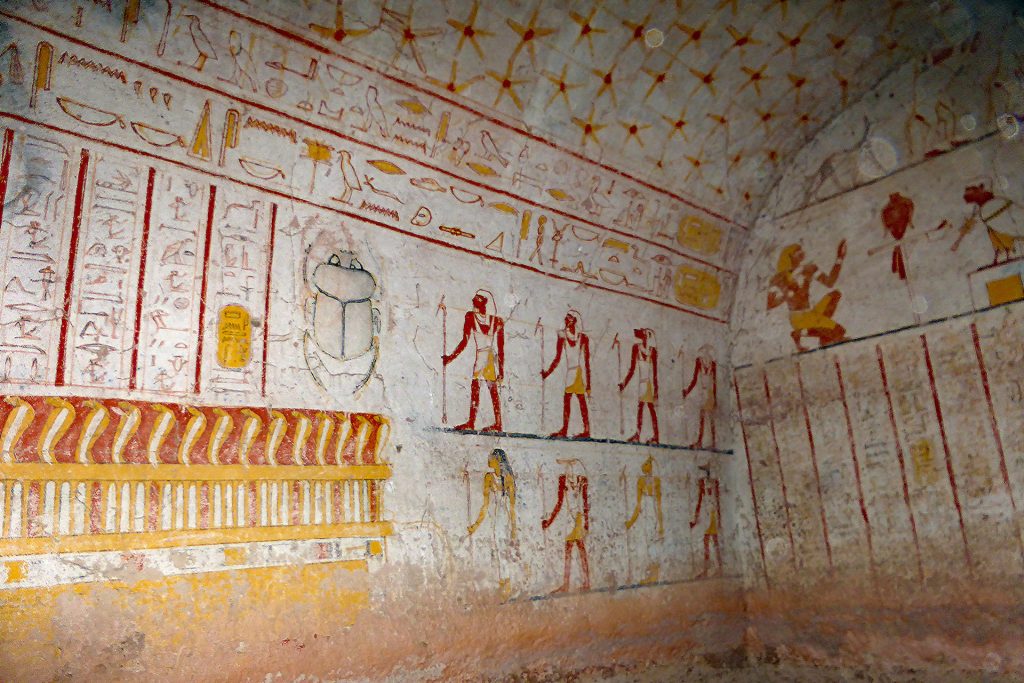 Around the third century BC the Royal necropolises were moved from Napata to Meroe, which is located 3 km from the Nile on some hills covered with yellow sand dunes.

The site of the Royal Necropolis of Meroe, a UNESCO World Heritage Site, has more than 40 pyramids in good condition; these monuments of the Meroitic Kingdom are among the most important finds of the entire African continent.

The Nubian pyramids do not have a mortuary inside like the Egyptian pyramids, the actual tomb is dug below the pyramid itself and is connected to the outside via an inclined tunnel.

In front of the pyramids there is a small votive chapel with the walls entirely decorated with bas-reliefs showing the life of royalty and gods. 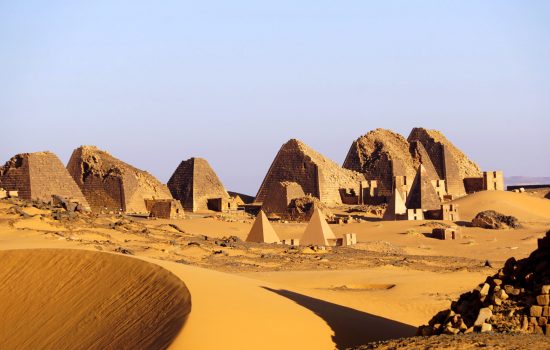 The site of Mussawarat is located in a beautiful valley crowned by hills, on the site you can see the ruins of a very large temple that once played a role of exceptional importance; its main feature, the “Great Enclosure” is made up of numerous buildings and surrounding walls that surround a temple built in the 1st century AD.

A curiosity is given by the large number of elephants represented on the walls which suggests that this animal played an important role in this area.

Naga is one of the two centers that developed most during the Meroitic period, here there is a temple dedicated to Apedemak: a wonderful building with bas-relief decorations depicting the god with the lion’s head, the Pharaoh, nobles and various images rituals.

A short distance away is a small and unique building with arches and columns, called a kiosk, in which Egyptian, Roman and Greek styles can be seen at the same time.

Not far from the kiosk there is another temple dedicated to Amon with numerous statues of rams and beautiful doors decorated with bas-reliefs. 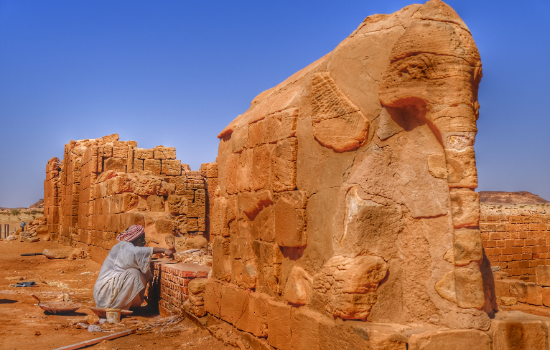 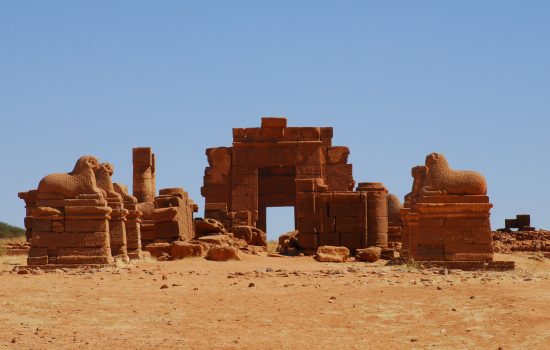 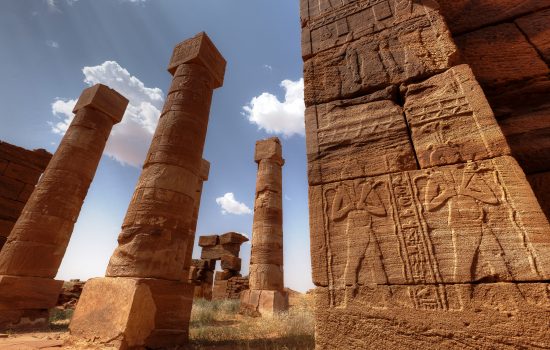 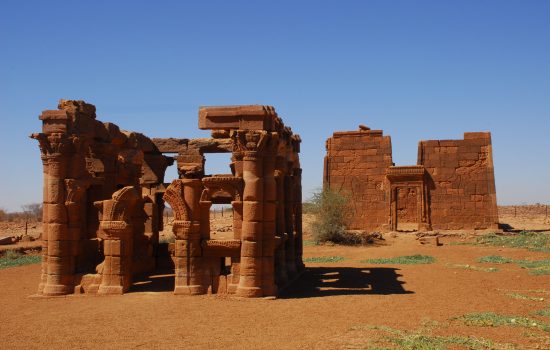 The city of Khartoum

Khartoum is the capital of Sudan and of the state of Khartoum. It is located at the confluence of the White Nile which flows north from Lake Victoria in Uganda and the Blue Nile which flows west from Ethiopia.

Khartoum looks like a busy city, a mix of peoples and traditions, typical African markets and new skyscrapers.

Don’t miss the noisy camel market where you can attend animated negotiations and take splendid photographs of the funny and extravagant animals.

PDF Button
from 1.790 euro
Per Person
Share this tour 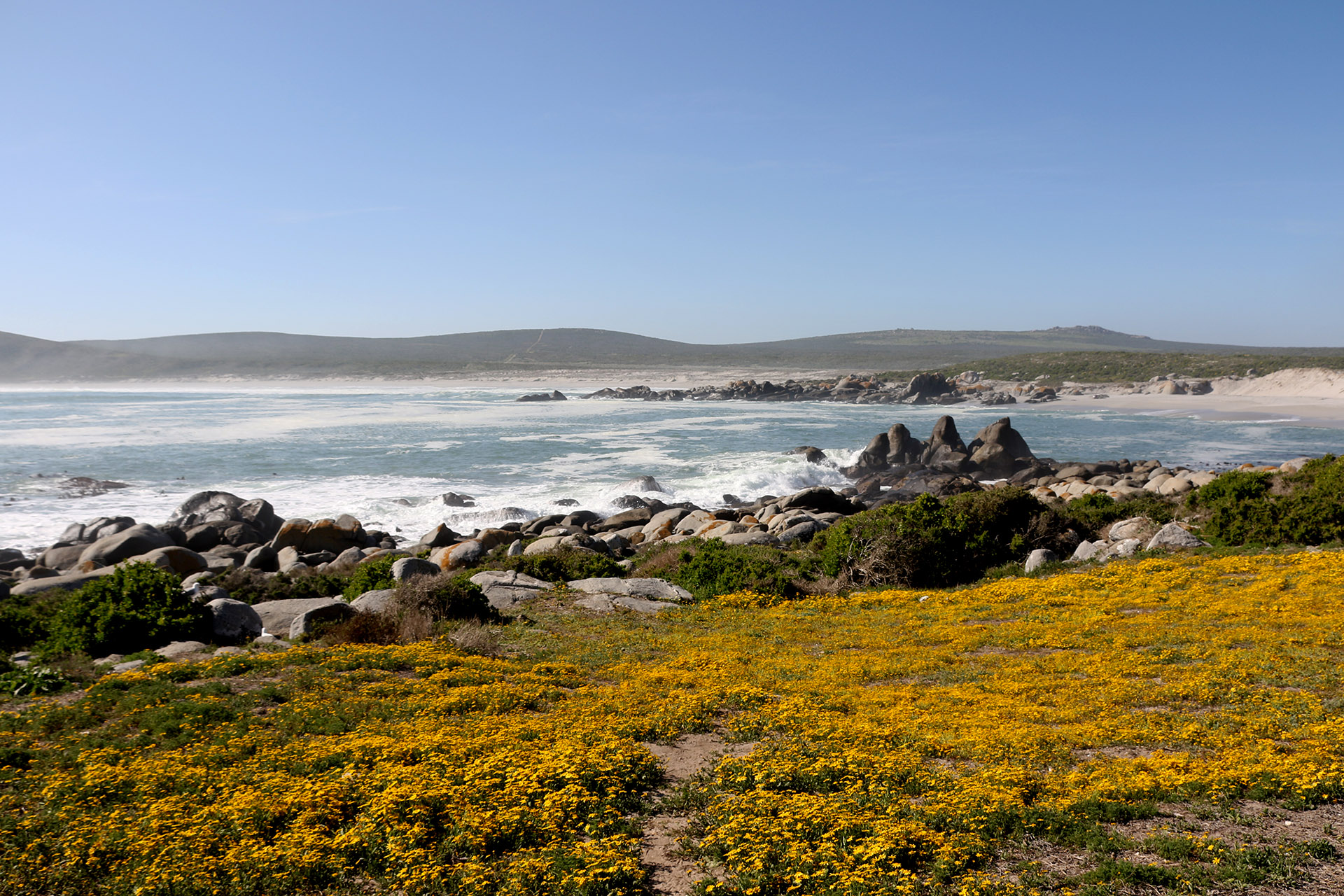 This special 14-days trip to South Africa allows you to witness two spectacular natural events: the flowering of the desert and the passage of whales. The period to make this trip goes from mid-August to mid-September, a period that coincides […] 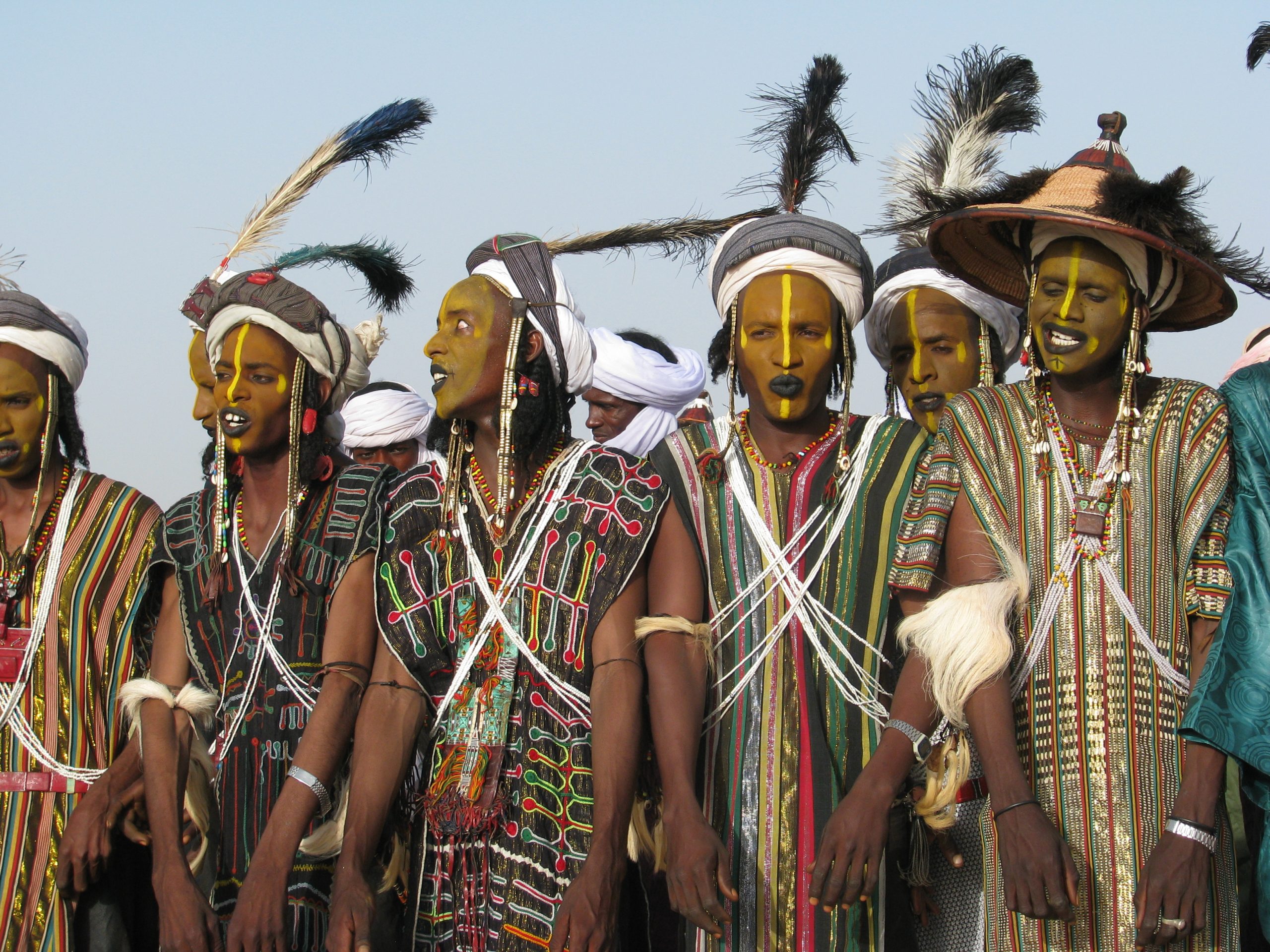 Once a year, the Fulani nomads of the Wodaabe tribe gather in Niger and Chad to celebrate a festival known as Gerewol, an ancient courtship ritual. The Wodaabe are a small isolated branch of the Fulani ethnic group and are […]